"What would be more useful; the ability to know how others feel about you... or how you feel about them?"
— Me

History on this Wiki

I was originally on this wiki by the name of Metru Mantis 95... or something like that. I had incredible difficulty editing the page, and so I came back as EmperorKapura99, because Kapura is just that cool. I try to edit this wiki as often as I can, but it is very well built.

Vaaka lived within the Nui Caves with the rest of the Av-Matoran population of the Matoran Universe for most of his early life. While most of the other Av-Matoran often joked and talked with one another, Vaaka preferred to meditate in a solitary environment. Even after the Great Cataclysm, when the Av-Matoran fell into the now-dormant Karda Nui, he preferred to stay alone.

Unfortunately, during the Siege of Karda Nui, he was transformed into a Shadow Matoran by Makuta Mutran. Shortly after, he was captured by Antroz and taken to Mutran, where he was mutated into a black-armoured creature with clawed feet and bat-like wings. Even his Kanohi Kiato, Mask of Density Control, was removed and thrown into the Swamp of Secrets, and replaced with a Demutare, Mask of Mutation. Vaaka escaped, discontent with the lifestyle of Shadow Matoran, and retrieved his mask. He then fled to a cave within a fallen stalactite, and sealed it with a boulder, now unwelcome in the communities of the Av-Matoran and the Shadow Matoran.

He was forgotten after time, and had plenty of time to meditate in his cave. Through mediation, he managed to reject much of his inner darkness. The effects were visual, too; his armour turned to a mixture of black and white, and ridding him of his wings and claws. 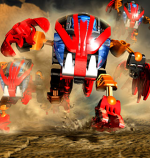 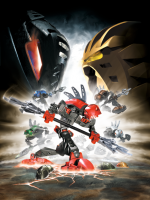 The sons of Makuta; Teridax's Rahkshi.

The Vahki in the shadow of Teridax. 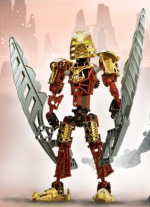 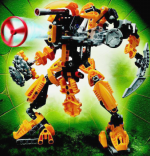 "I guard the Mask of Life. You shall not pass."

The Barraki bearing their Squid Launchers. 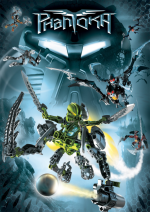 The Battle in the Sky.

Pohatu trying to look imposing in the tiniest vehicle in the Codrex, like a chump.

A Rahkshi of Heat Vision in The Wastelands. 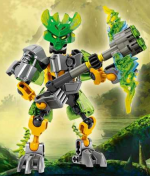 The Protector of Jungle.

Lord of Skull Spiders and the Golden Mask of Retcon.

Ketar, the worst good set ever. 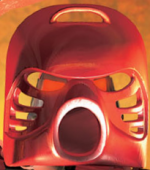 Other bits and pieces

Pahrak-Kal digging a tunnel with Plasma, as he does in Chronicles #10 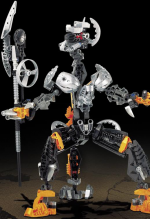 The Shadowed One, a primary character in Adventures #10

I live in a small town in Australia. It's... pretty bad. I have pretty big ambitions, and I'm working my hardest in school to fuel them.

I love listening to music, but my music interests tend to wander... I love Cryoshell, The Hilltop Hoods, A.B. Original, The Funkoars and Joji, but a bunch of other random songs from other scattered genres.

I have been diagnosed with Autism, meaning that it's pretty hard for me to pick up on things like sarcasm, and I'm also kind of an introvert, preferring to talk to people through the internet than directly. I've been into BIONICLE since the very beginning, and collected sets from every year, except 2016, because I can't get any money. It sucks, I know. Plus, Australia doesn't get the beasts, Ekimu or Umarak the Destroyer. But I can order them, eventually.

"I work alone."
"By choice, or just because no-one can stand you?"
— Kopaka and Pohatu

"Karda Nui – how to describe its glory, its wonder, its sheer beauty? How to capture the feeling one gets at the first sight of it? It isn't easy, but let me try.
It's a big cave. With a swamp in it."
— Makuta Mutran

"My name is Umbra. I guard the Mask of Life. You shall not pass."
— Umbra

"No, I don't need to kill you now. I've beaten you. Every breath you take from now on is only because I allow it. No matter where you go, who you fight, how many battles you win - you'll know you're only walking, talking, living because of me."
— Vultraz

"His last memory was sitting in the Coliseum and feeling a great weakness overcome him. Strangely enough, for a Matoran who had attempted to betray the Toa Metru and the city, his last thoughts were: Where are the Toa? Why are they not here to save me?"
— Ahkmou's Thoughts

"I have slept for so long. My dreams have been dark ones. But now I am awakened. Now the scattered elements of my being are assembled. Now I am whole. And the darkness cannot stand before me."
— Kopaka's Thoughts

"You haven't truly lived until you have seen the world through the eyes of madness. Why, half the time, I'm not sure if what I see is really there, or what I wish was there... or what I pray, I beg, I plead is not."
— Vezon

"Let them run! Where can they hide? What shadow can conceal them, when the darkness belongs to us?"
— Antroz

"Ah, Toa of Snow and Slush, I'd almost ever-forgotten how much fun you aren't."
— Lewa

"Fight, you fool! I want a test of my skills, not just another victim!"
— Stronius

"Where's the third one?"
"There, and there. Oh, and there's some over there. His mask was shattered. I thought he might want to join it."
— Mazeka and Alternate Teridax