The Makuta Challenge is a stub.
You can help the wiki by expanding it. 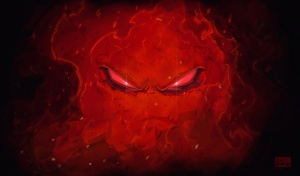 The banner for The Makuta Challenge

The Makuta Challenge, also known as Show Us Your Makuta, was a BIONICLE building competition held on Rebrick, and the final contest of BIONICLE Generation 2.

To celebrate the end of BIONICLE's second generation, the BIONICLE team conceived a building contest based around the perennial villain of the line, Makuta. The contest was revealed to select LEGO Fan Media Ambassadors and set for the beginning of August.

The contest was first announced by video featuring inspirational models built by LEGO and BIONICLE designers. The contest ran from The first of August through the sixth of September. Winners were originally scheduled to be revealed September 29th, but the reveal was later pushed back to October 17th due to the amount of entries.

Entrants were tasked with building a character that could be described as Makuta, the ultimate BIONICLE villain. Entries had to be primarily Technic/CCBS/BIONICLE parts, though were able to include dioramas and backdrops that could use any LEGO part.

The final winners for the competition were: