The Matoran Universe[note 1] was the internal environment of the Mata Nui robot. Built by the Great Beings, it encompasses a series of domes containing continents, islands and special areas, and was designed to be supervised and maintained by Mata Nui.

More than 100,000 years ago, the Great Beings began the creation of the Matoran Universe inside the body of the Great Spirit Mata Nui, in response to the Shattering that struck their home planet of Spherus Magna.

The Great Beings created Tren Krom to watch over the Universe while they gave life to its first inhabitants, the Matoran, and created the Universe's various locations. Artakha and Karzahni were created, and they constructed their own realms in which they could live. The Hand of Artakha was formed to protect the Matoran. The Great Beings then laid down the foundations of Metru Nui, and created Helryx, the first Toa, to guide the Matoran in the construction of the city. The Kanohi Ignika, created to heal Mata Nui and destroy all life in the Universe if things got out of hand, was forged and placed in a heavily guarded chamber, due to its immense power. Eventually, the Hand of Artakha was disbanded, and the Order of Mata Nui, led by Helryx, was formed to serve the will of Mata Nui. The Brotherhood of Makuta was also formed to create Rahi once the Makuta species was created, under the leadership of Makuta Miserix.

Around seventy-nine thousand five hundred years ago, Mata Nui began losing his health because a civil war broke out in Metru Nui, causing the Great Disruption. Jovan and his Toa team sought the Ignika, and eventually acquired it, with one member using it to heal Mata Nui at the cost of his life. Following the civil war, Miserix assigned the various Makuta to watch over the regions of the Matoran Universe. He assigned Teridax to Metru Nui for his work in ending the war.

As he was traveling between worlds when he fell asleep, Mata Nui fell from interplanetary space and crashed into Aqua Magna. This caused massive damage to the Matoran Universe, an event its inhabitants referred to as the Great Cataclysm.

Due to the Great Cataclysm, a huge part of the Southern Continent broke off and rose to the surface of the ocean planet, becoming the island Voya Nui. A Giant Waterfall was created in Karda Nui, which was caused by Voya Nui's departure tearing open the ceiling of Karda Nui and piercing the Southern Continent's dome and allowing water to fall through the gaps into both environments. Metru Nui was then invaded by the Visorak horde, led by Roodaka and Sidorak. When the Toa Metru returned to Metru Nui, they were transformed into Toa Hordika. The Toa Hordika, with the help of the Rahaga, managed to scatter the Visorak horde and defeat their leaders. However, Teridax was freed from his prison by a plan of Roodaka's. The Matoran of Metru Nui, still in the Matoran Spheres, were moved to an island on the planet surface which was then named Mata Nui. The Toa Metru then awakened by the Matoran by sacrificing their power and becoming Turaga.

One thousand years later, the Matoran returned to Metru Nui. The real Turaga Dume, having been imprisoned in a malfunctioned Matoran Sphere and emerged early, informed the Turaga of Mata Nui and the Toa Nuva that the Great Spirit was not merely sleeping, but was dying. The Toa Nuva left on a mission to Voya Nui to acquire the Ignika to save Mata Nui's life. However, the were soon defeated by six Skakdi who called themselves Piraka, and were unable to get the Mask of Life. Back in Metru Nui, the Ta-Matoran Jaller grew suspicious of the Toa Nuva's absence, and after learning from Nokama where they had gone, gathered together five other Matoran to go help them. While traveling to Voya Nui, the Toa Canisters the utilized were struck by lightning from the Red Star and the six Matoran were transformed into the Toa Inika. Their Matoran allies freed the Toa Nuva from their imprisonment by the Piraka while they acquired the Kanohi Ignika, only for it to dive into the sea. 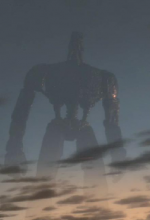 The Toa Inika followed the Ignika, which transformed them into the Toa Mahri. Following many battles with the Barraki, with help from Makuta Teridax secretly possessing a Maxilos guard robot, the Toa destroyed the stone Cord that anchored Voya Nui to Aqua Magna's seabed. Matoro then took the Ignika and followed the sinking island, narrowly slipping below it and arriving in Karda Nui. While sacrificing his life the revive the Great Spirit, Matoro also used the Ignika to teleport his fellow Toa Mahri back to Metru Nui.

Meanwhile, the Toa Nuva prepared the Matoran Universe for Mata Nui's awakening. Following the tasks' completions, the Staff of Artakha was used to reverse most of the damage done by the Great Cataclysm. The Toa Nuva were then given Adaptive Armor, Kanohi, and weapons by Artakha and teleported to Karda Nui to confront the occupying Brotherhood of Makuta forces.

Around the same time, a team of corrupt beings and outcasts assembled and led by Brutaka set out to free Miserix, the former leader of the Brotherhood of Makuta. They eventually rescued Miserix on an island in the Southern Chains called Artidax.

During Teridax's fight with Mata Nui, Mata Nui pushed Teridax into the path of a fragment of Aqua Magna. The resulting impact destroyed the Core Processor, killing Teridax and heavily damaging Metru Nui. With no being in control, the robot body collapsed onto Bara Magna, causing damage throughout the Matoran Universe in an event comparable to the Great Cataclysm.[citation needed] With the death of the Great Spirit, the heating, lighting, and artificial gravity systems in the robot began to fail. As a result, most beings in the Matoran Universe migrated to the newly reformed Spherus Magna.

The Matoran Universe was eventually taken apart on Bara Magna. Some parts have been used to make shelters and villages, while others were used to create a makeshift prison.[2][3]

In this alternate universe, Matoro failed to revive Mata Nui, and as such a mass exodus of the Matoran Universe happened, with all but the Zyglak and Makuta exiting the Universe. Pit Mutagen leaked into the Universe, and in three days the heat, light, and gravity systems failed and surviving Rahi were mutated. The Zyglak died, and Teridax took over Icarax's and merged with the bodies of each Makuta when they died. Teridax created Rahkshi coated in thick shadow armor to survive passing through light barriers placed blocking the way to the island of Mata Nui above.

The Matoran Universe was comprised of a variety of domes; massive individual caves separated by gates with oceans and islands of their own. Most of the following details are derived from the Matoran Universe map found in Makuta's Guide to the Universe.