Gali14 is a huge Bionicle fan. She has the rough outline of the bionicle story memorized, most every word and action in BIONICLE 2: Legends of Metru Nui, as well as the matoran alphabet, and has a million ideas for storyline details. In her spare time, she likes to think out the bionicle story as if she were writing a book about it, or even invent a new Bionicle-related story. She recently set aside a story about six war-bots (based off of the Toa Mata) who go on an adventure roughly comparable to the Toa Metru, and is now working on a "Fos Trakom" series, in which some of the powers are based off of Bionicle, such as the Elements of Fire, Water, Air, Stone, and Plants, and Kotor's suit's shielding abilities.

Gali14 loves Bionicle, and sent a complaint to LEGO.com about them having dropped it. In responce she got an e-mail that pointed her towards BZPower. She explored it and found a link to bs01 wiki. Her brother now wishes that she didn't find it because Gali14 knows just about everything to do with Bionicle. 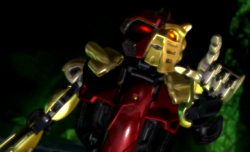 Takutanuva as seen in Bionicle Mask of Light 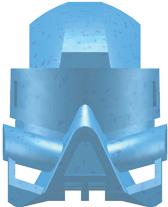 Here are all of the Bionicle sets that Gali14 has and a bit about them. They are in the order that she recieved them.

Here are some of Gali14's ideas for the official Bionicle storyline, but they are not truely canon. The Japanese words were found on Google Translate.