Lewa is certainly a memorable character from the first generation of BIONICLE with his free-spirited demeanor, sense of humor and thick use of Treespeak. He has also been featured in four different sets throughout the first generation, with multiple changes to his design. Lewa's new second generation design features a lot of changes, but the design also calls back to some of Lewa's best features in previous years. Today we shall have a look at the new Lewa set and see how it holds up. 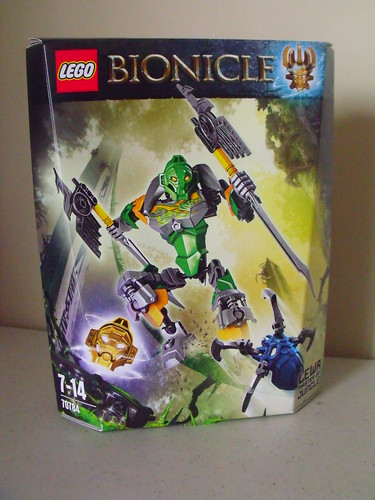 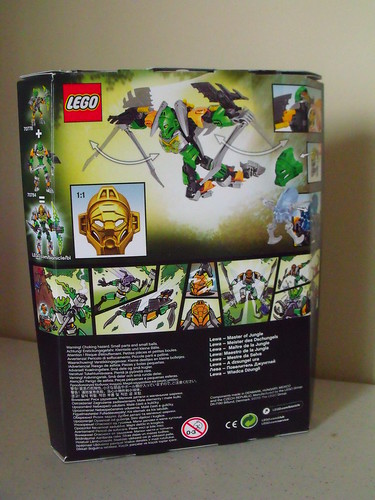 The box is just the same as all the other Toa sets. I do like the shape and study construction of the box, but I don't like how it disrupts the comic on the sides. It's easy enough to read, though. Other than that, there's very little to say about the box that hasn't been said before. 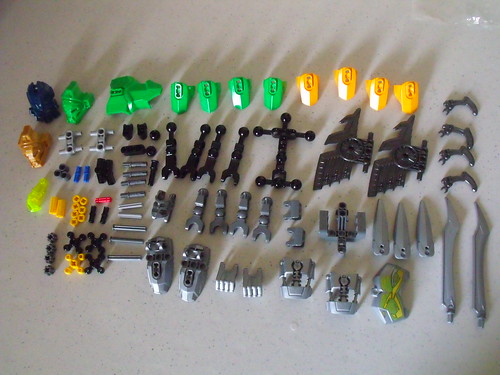 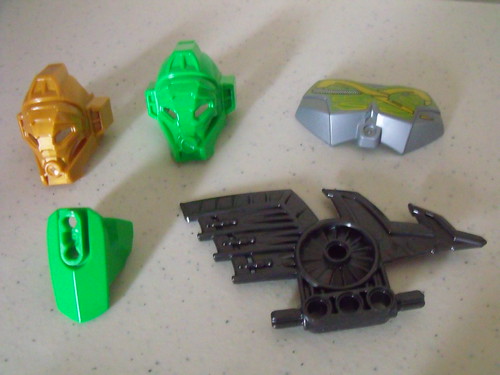 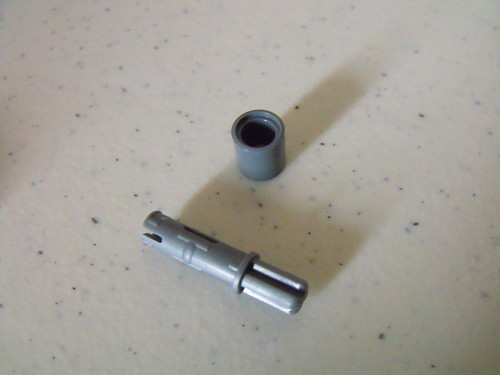 Lewa comes with a nice amount of parts for the price, including a lot of technic pieces as well as armor in new colors. The bright green armor is exclusive to Lewa. This is not the same color as his green color from 2001, or his lime color from 2008, but rather it's a shade roughly between the two (it's been commonly used for a few years now, but this is the first time we've seen in in BIONICLE or any related theme). Personally, I like this color a lot on its own, and it accents well with the "keetorange" armor, but it doesn't quite match any other shade of green, so it may be hard to use with older green parts. I would encourage making new color schemes with it though!
There are also some nice new technic parts. The new pins are also some of the new part types that appear in the Lord of Skull Spiders set. The set also has a small pin connector. It's like a usual technic beam in terms of connectivity, but it only has one hold. I think it could be good for spacing longer technic parts (as it's used in Lewa), or perhaps by adding a small, smooth surface to a technic contraption. 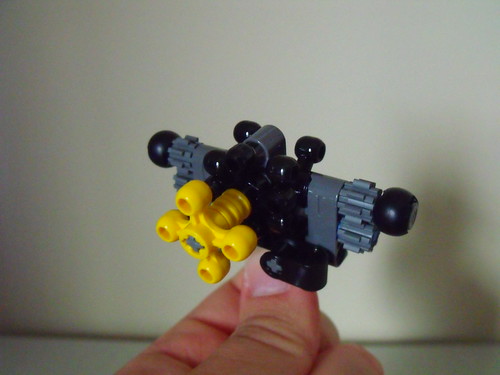 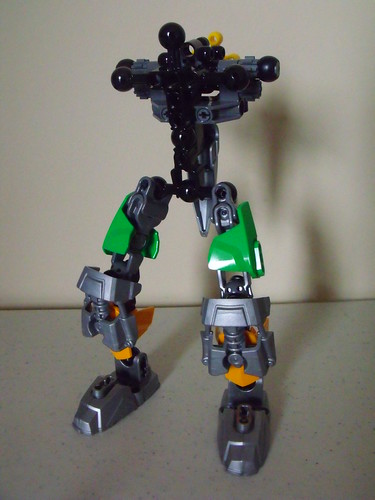 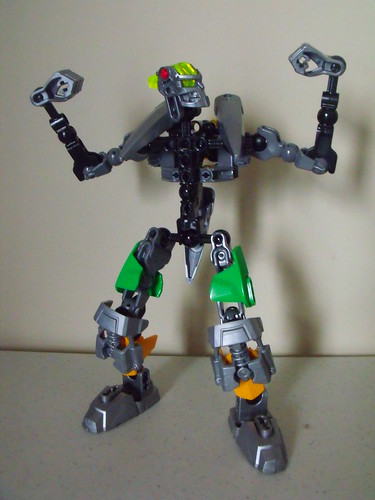 The build is fun enough, but ultimately the same as all the other Toa. I want to talk for a bit about the "gearbox" contraption on the back. This is where most of the technic pieces go, and it provides the same arm movement features found in the Toa models from 2001. I really appreciate that the designers have found a way to include a gearbox functionality while keeping the fully pose-able arms we've seen since 2006. I would say it's the best of both worlds, but having both options means you might wind up ignoring the gearbox if simply posing the arms will suffice. Ultimately, I am glad they included the feature without sacrificing the newer action figure conventions. 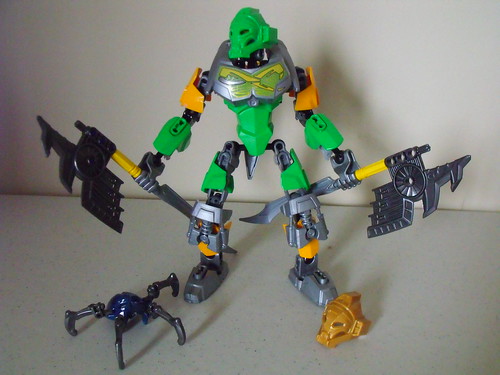 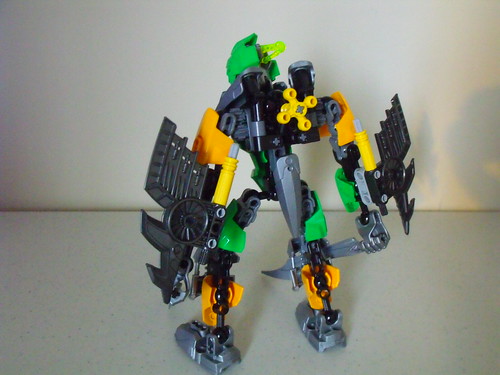 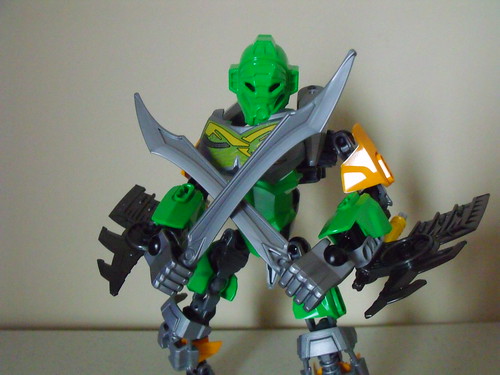 The final build certainly looks nice. The green and yellow color scheme is unique and very colorful, even with the large amount of silver. His weapons might be my favorite design choice of all. If you use just the blades, Lewa has a set of katana, just like his old Air Katana. Also, if you take the "wings" off and add them to the katana, he now has a pair of axes, just like his original axe. This is a wonderful homage to the original sets, and adds some nice variety to the set. 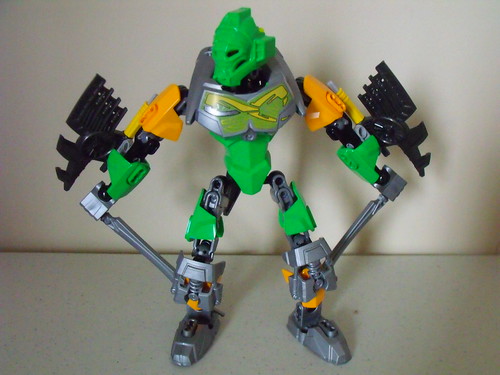 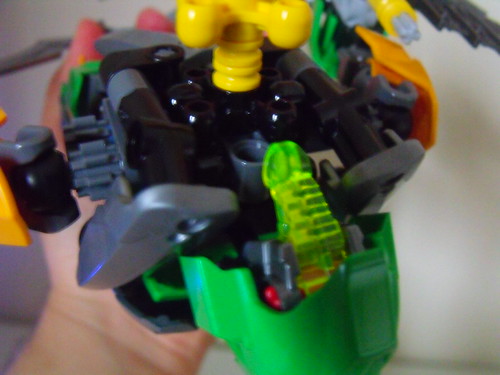 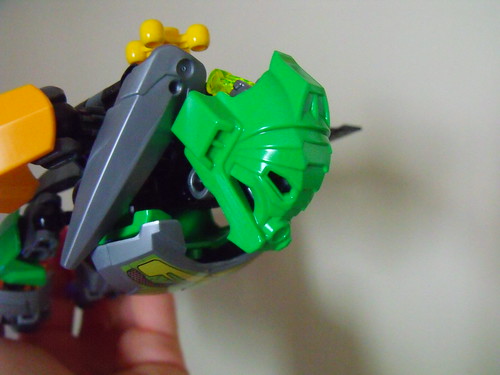 His weapon design can also be positioned to function as gliders, which is another great callback to Lewa Nuva. While this is a great feature, it is ironically marred a bit by the torso design. The armor around the neck restricts Lewa's head from moving back far enough for a gliding pose. I'm not saying that his neck should turn back a whole 90 degrees (that would be painful), but as it stands, it feels way too restricting for me. Worse still, the way the new masks are attached (loose clips on the side that are easily knocked off if the brain case is tapped) means that trying to move his head with all this armor and the loose mask is way more annoying than it should be. This is largely a personal issue, and you may not take issue with it, but I feel it needs mentioning nonetheless.
In the end, I like what's good about the new Lewa set, but its flaws bother me. I would say it's at least better than the new Pohatu set (see our reviews on that one), but if you want a starting set for the new BIONICLE series, I might recommend another Toa, or perhaps a cheaper option like the protectors. Still, I would say Lewa is a close call to make. If you read this and decide that Lewa is a worthwhile purchase, then that's great! You'll certainly like it. If you don't like the new set, that's fine too. It's that simple. 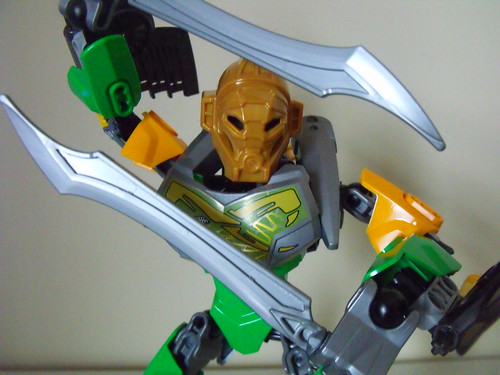