The Protector sets are easily the best small sets The LEGO Group has produced for BIONICLE. With a piece count averaging 70 pieces (not counting the extra round 1x1 plate for ammo) they are also the best bang-for-your-buck small sets. Today, I will review the first (by set ID number) of these Protectors, the Protector of Jungle.

Full disclosure: None of the sets I review are mint from the box. I built them with the intention of owning them first, and then reviewing them second once I have a complete understanding of the set and how it functions. Thank you for understanding. 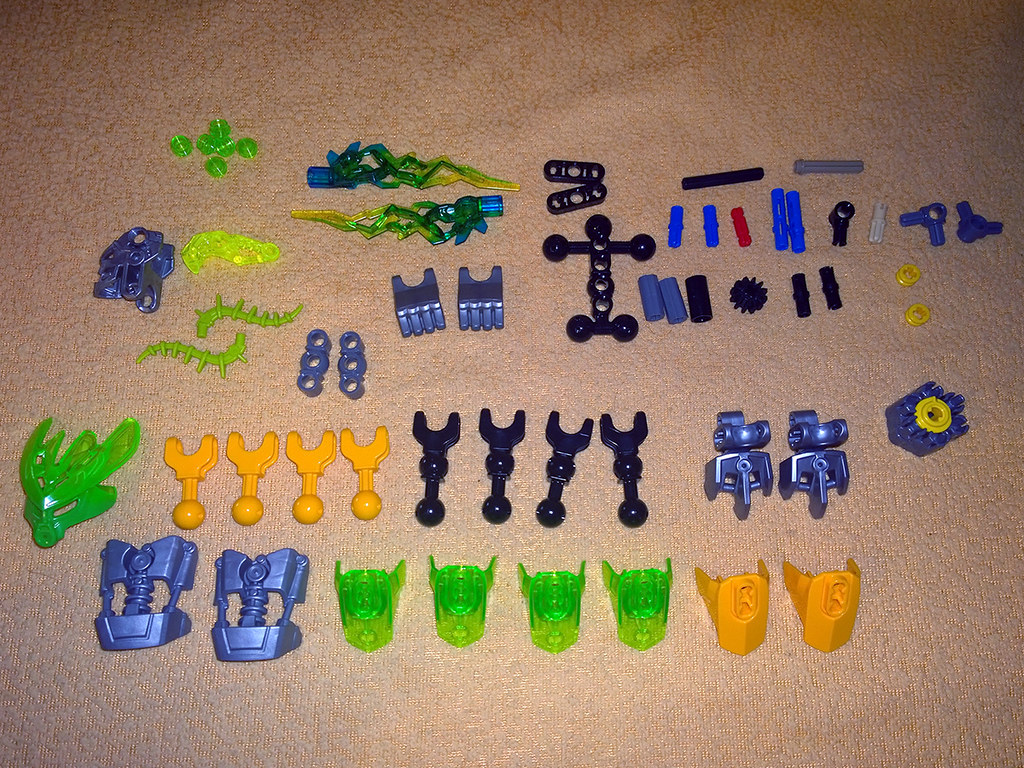 The Protector of Jungle clocks in (officially) at 64 pieces, the lowest of the series. However, what it lacks in piece count, it more than makes up in unique colors. The Trans Bright Green armor, coupled with the two bright green and azure lightning bolt elements, you’ve got a Toa of Air/Jungle or Green Lantern character in the making.
The newest parts to arrive are the head, eyebrain, mask, a new armor piece, and the Gatling round plate shooter elements. The armor piece reminds me of the Toa Hordika feet, and quite possibly the classic Toa torsos with the pistons on the sides. 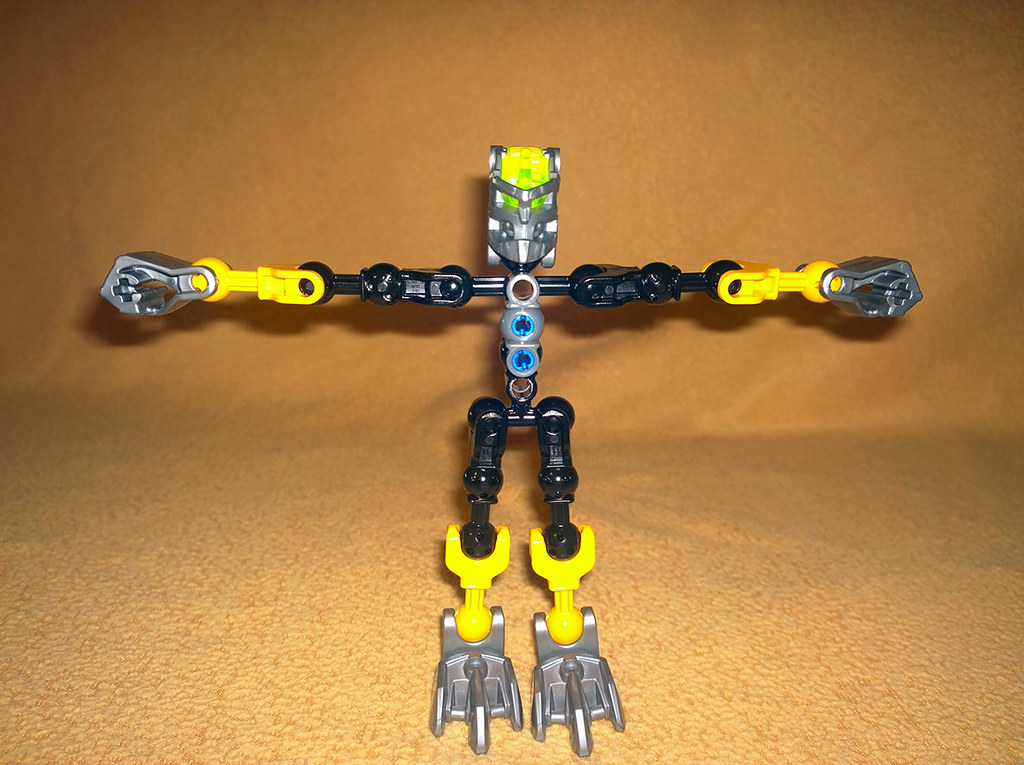 If you have purchased a Hero Factory set since 2011, you will most likely be familiar with this kind of build. One of the first welcome changes to the rebooted BIONICLE over HF has been a better balance of limb symmetry (with the exception of Pohatu). 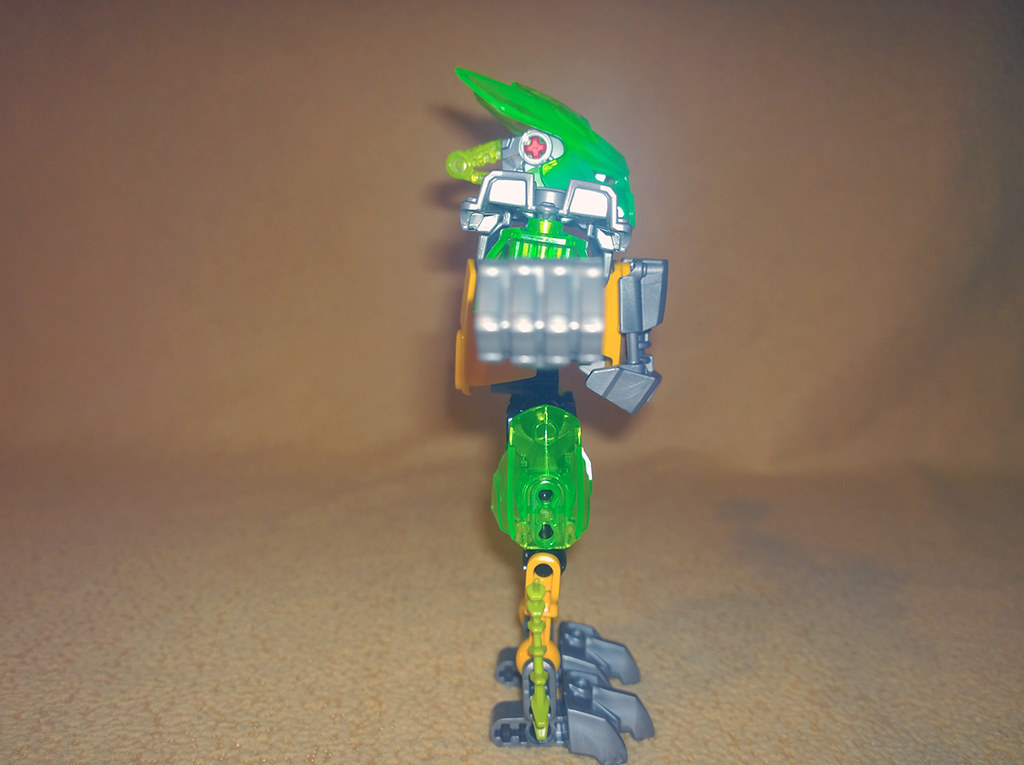 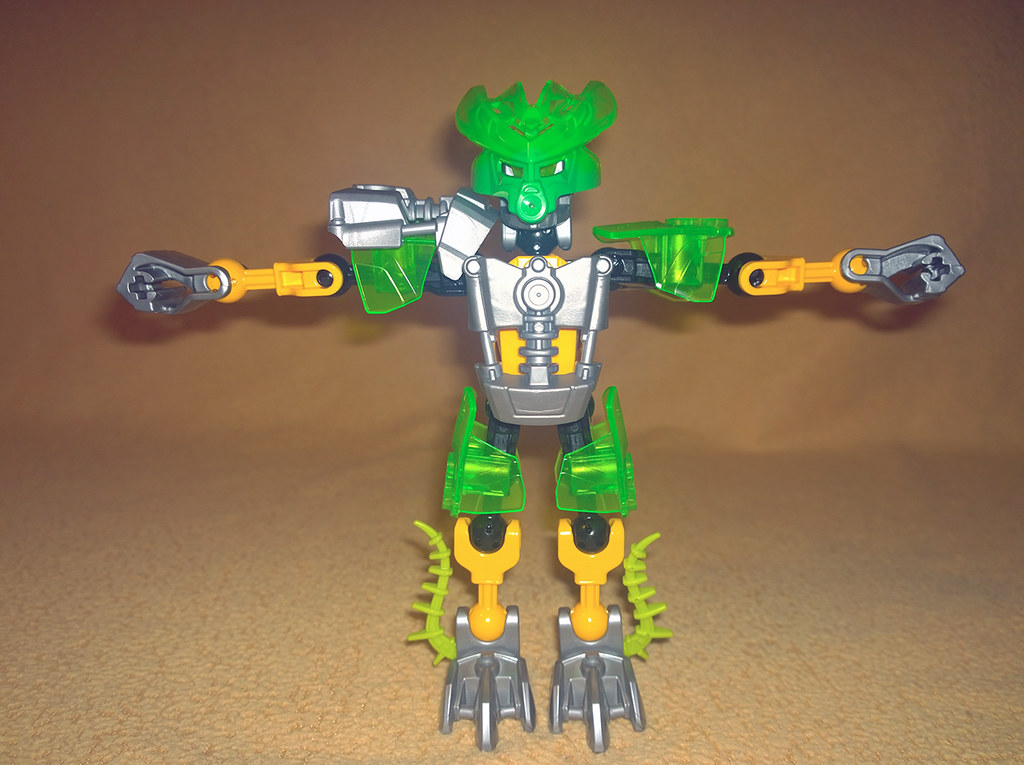 The PoJ has a unique unbalance of armor pieces, given he has an extra spaulder on his right shoulder, flat silver on his chest but yellow on his back, and bare arms and legs. I’m not a complete fan of the vine elements on his feet, but it does add extra detail nonetheless. 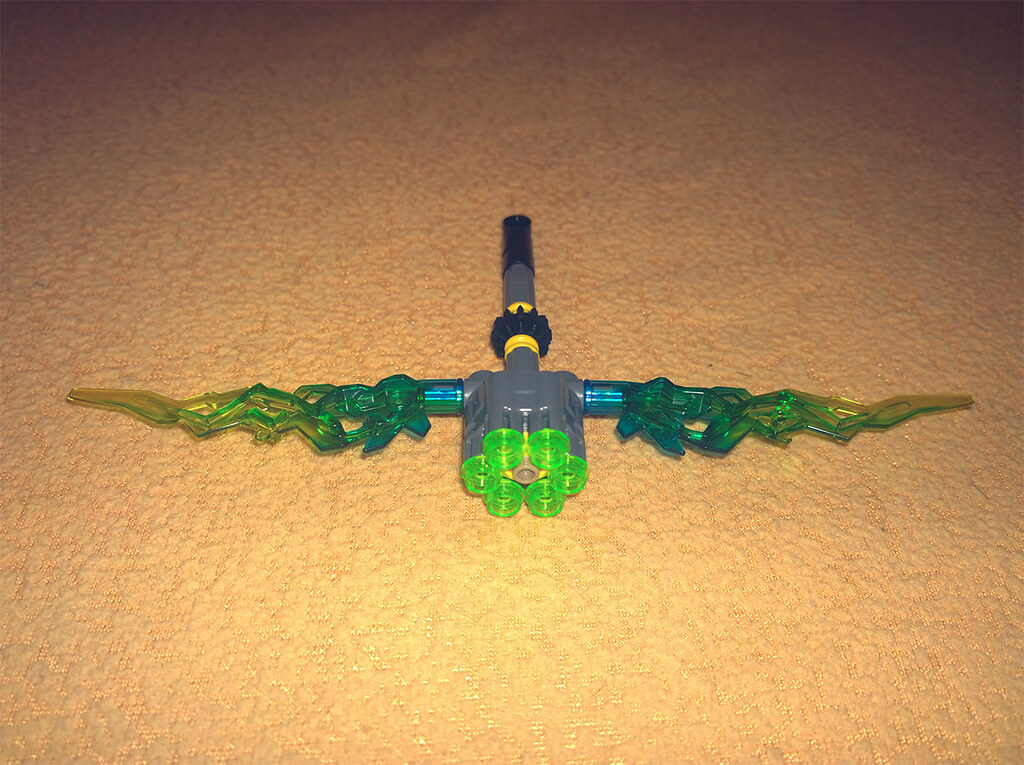 This is easily one of my two favorite Protector weapons by far. (The other is Protector of Water’s harpoon gun, by the way.) The crossbow has a great attachment, looks slick in his hands, and launches the Gatling weapon very smoothly. It (unintentionally, I’m sure) feels like a callback to Kongu Inika, who had a Laser Crossbow.