When I first heard BIONICLE was returning, I first ran around the house screaming “IT’S BACK!”. As a fire guy during Gen 1, I immediately knew... I had to pick up Tahu. Then I saw the Protector of Fire...

Previous disclaimer applies. None of the sets I review are mint from the box. I built them with the intention of owning them first, reviewing them second. Also, none of my reviews will feature the Skull Spiders, as I have nothing further to add to the many reviews already posted. Thank you for understanding. 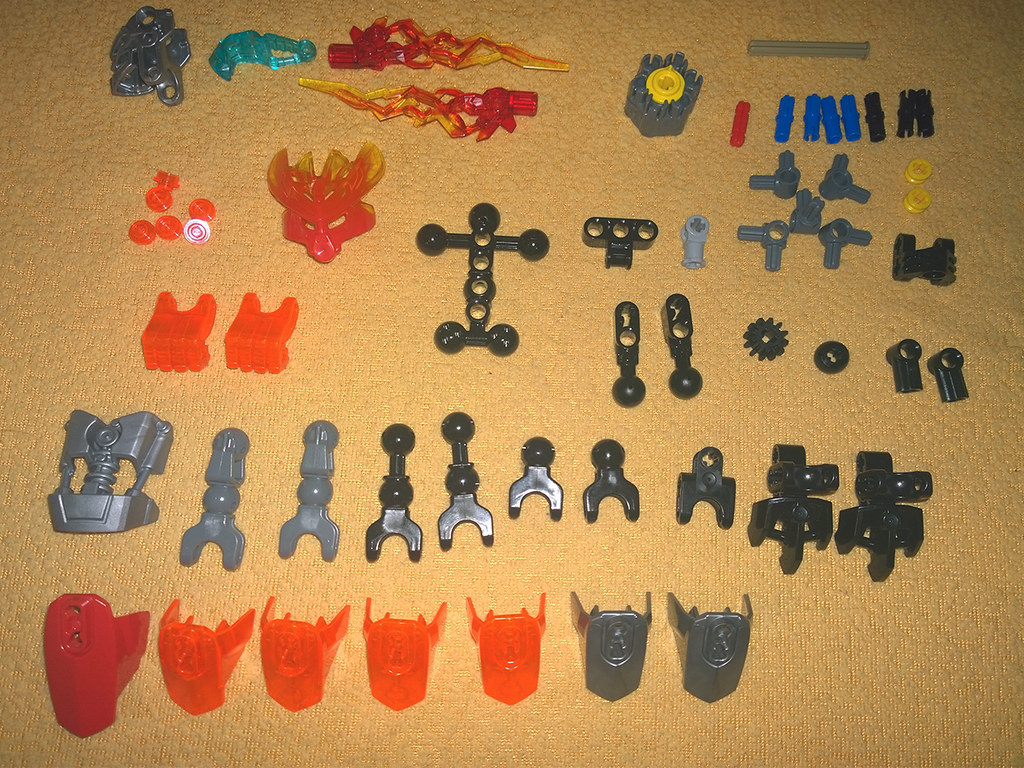 Broken down, there are few unique parts here. I am digging the fire colored lightning bolt elements, and the extensive use of the right angle axle elements, but not much else. The set has a total count of 69 parts. New elements include the head, eyebrain, mask, armor piece and Gatling round plate gun. The trans orange hand elements are a nice addition, if only so I can build Shining Gundam (SHINING FINGER!) at one point down the line. (Probably not happening. But I can dream, right?) 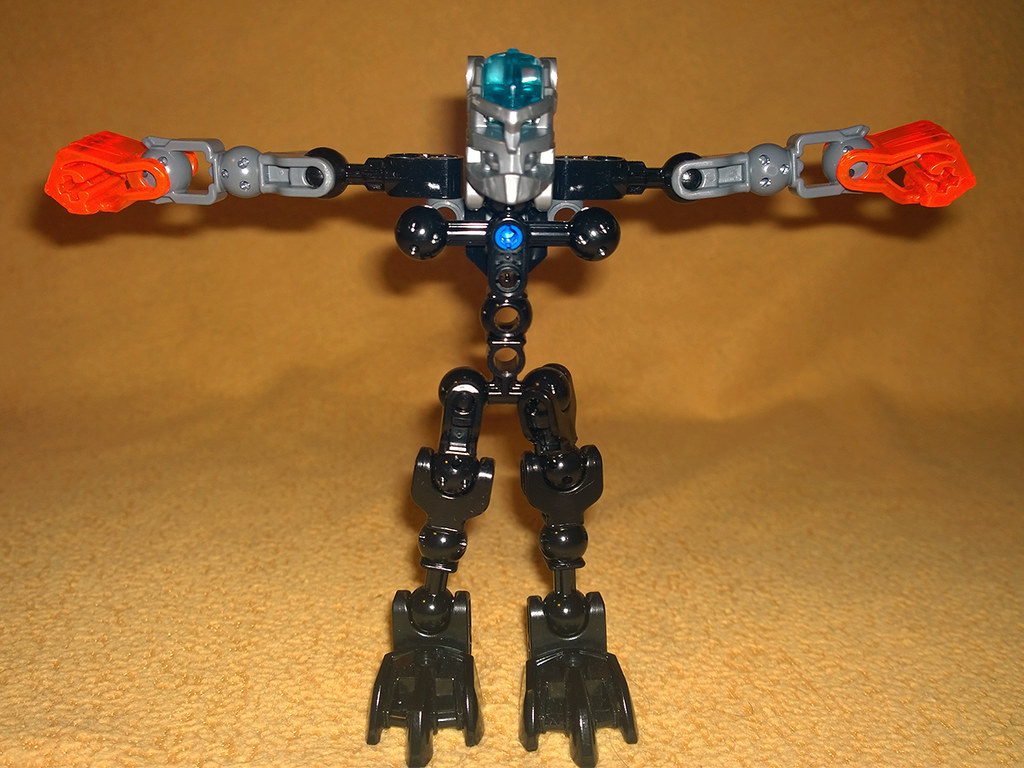 The unique part about PoF is how his arms attach. The use of extra balljoint elements allows the set to have extra attachment points on the chest, which does give us the best looking armor of the Protectors... from the front. 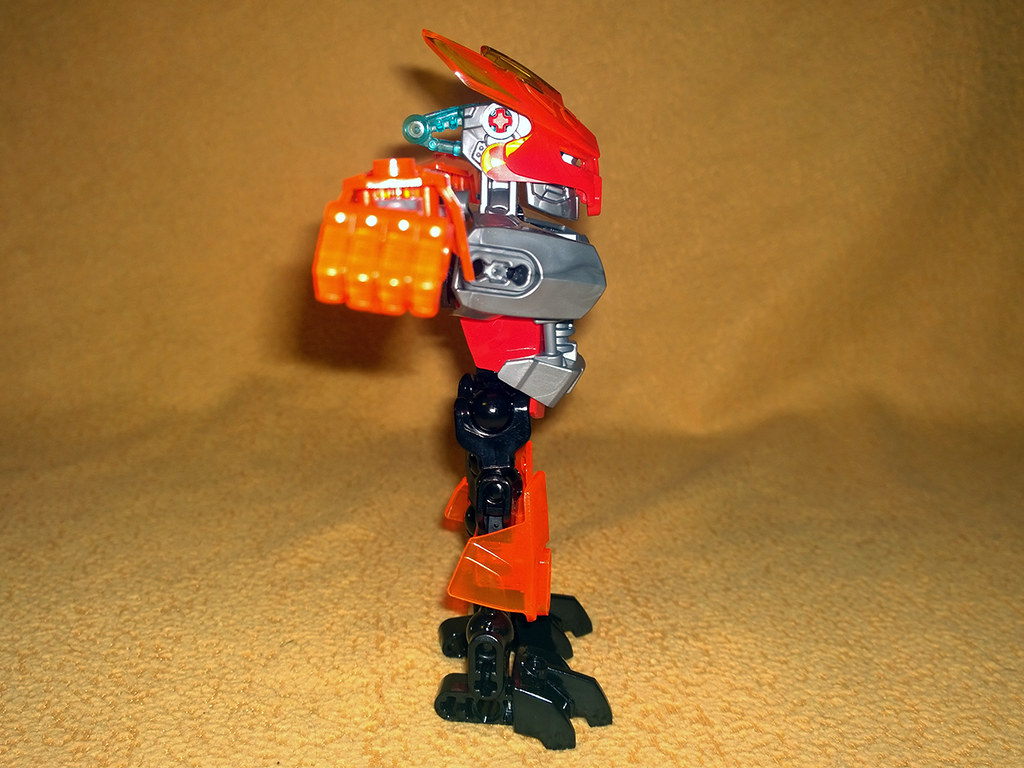 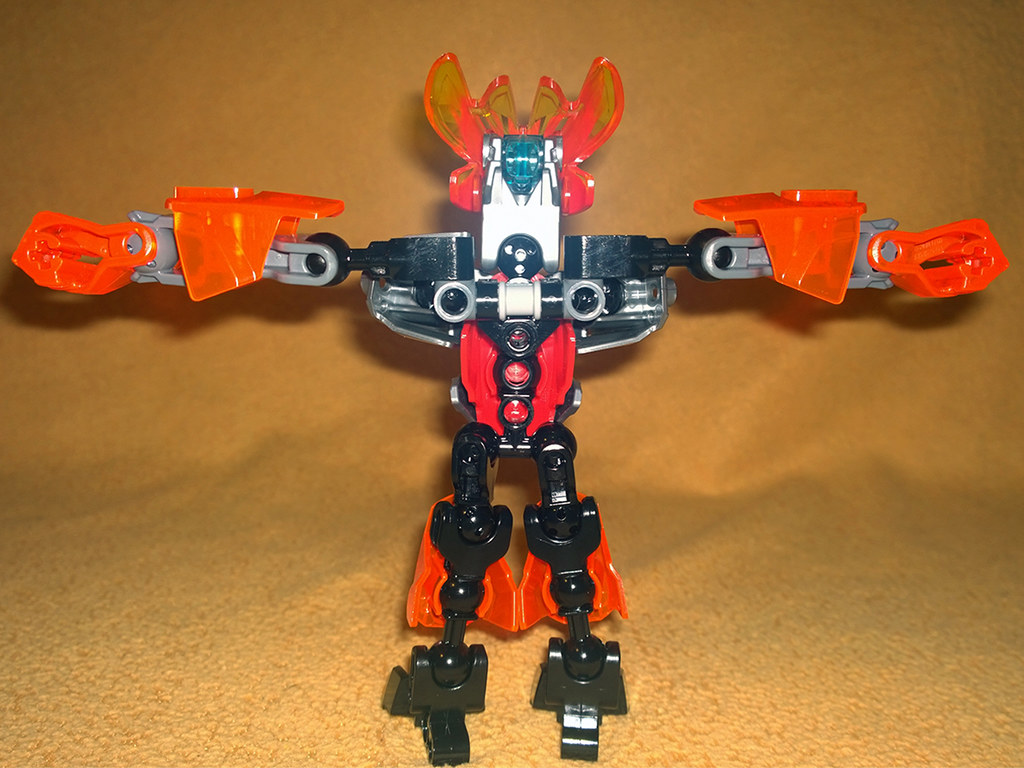 So, not going to lie here, I absolutely hated when BIONICLE sets and Hero Factory sets released without proper back armor. So I will show no mercy for young PoF here when I say he is no exception. I suppose it can be argued there’s no room back there for armor once you put the Gatling gun and the extra balljoint elements on, but I argue back there’s always a way. As I said, the front armor looks amazing with the extra connectors. One thing I don’t particularly like is the leg armor makes him look short. This on top of the armor bulking up his torso, plus broader shoulders makes him look like he was the prototype for Onua before they decided to go with large sets. This is yet another fail for me. The two blades feel more like fire punch effects and less weapons. The Gatling gun placement is a good choice in my view, but I think he would have benefitted from having a second on his right side to balance out. It also gives him the Nuparu Inika feeling, which ties back into my conspiracy theory that this was the prototype Onua before they decided to go with large sets. (No, it wasn’t.) 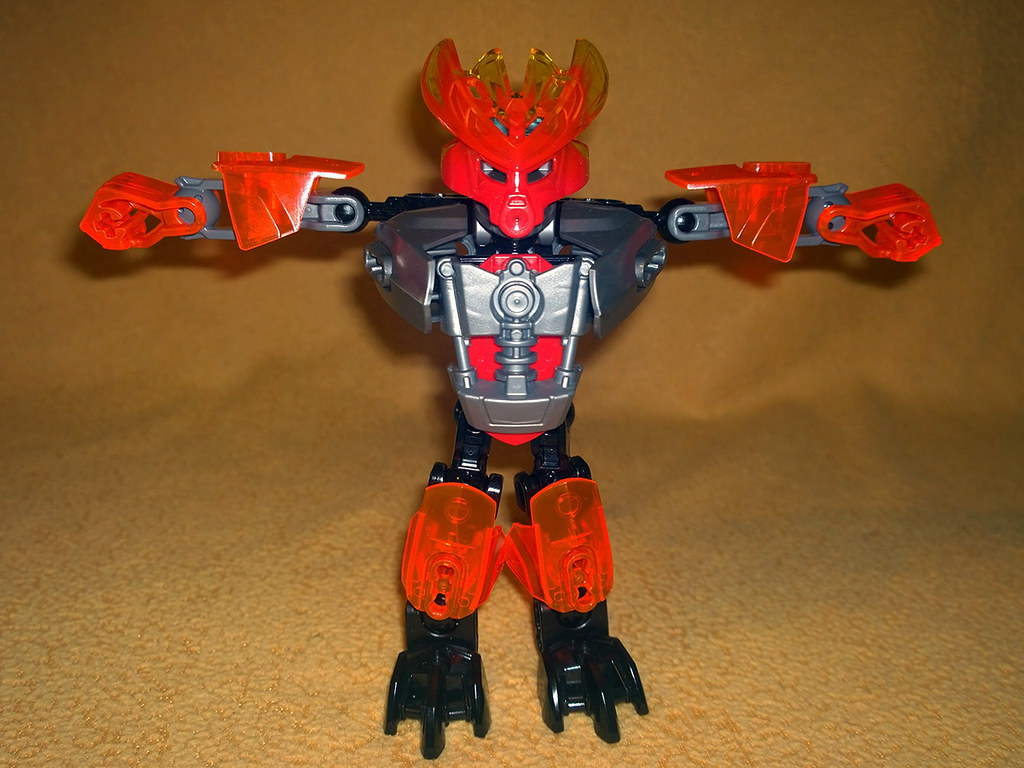 The Protector of Fire has two roles in this world: Completing your collection and providing weapons for Power Up mode Tahu. It is not the best to play with, but it is very pretty to look at if you ignore everything else about it.