I’ve never really been an Ice kind of guy, though I will say Kopaka was most certainly a day-one buy for me. Protector of Ice is probably the one I had the least amount of interest in picking up, based on looks alone, so I was curious to see if there was more than meets the eye.

Previous disclaimer applies. None of the sets I review are mint from the box. I built them with the intention of owning them first, reviewing them second. Also, none of my reviews will feature the Skull Spiders, as I have nothing further to add to the many reviews already posted. Thank you for understanding. 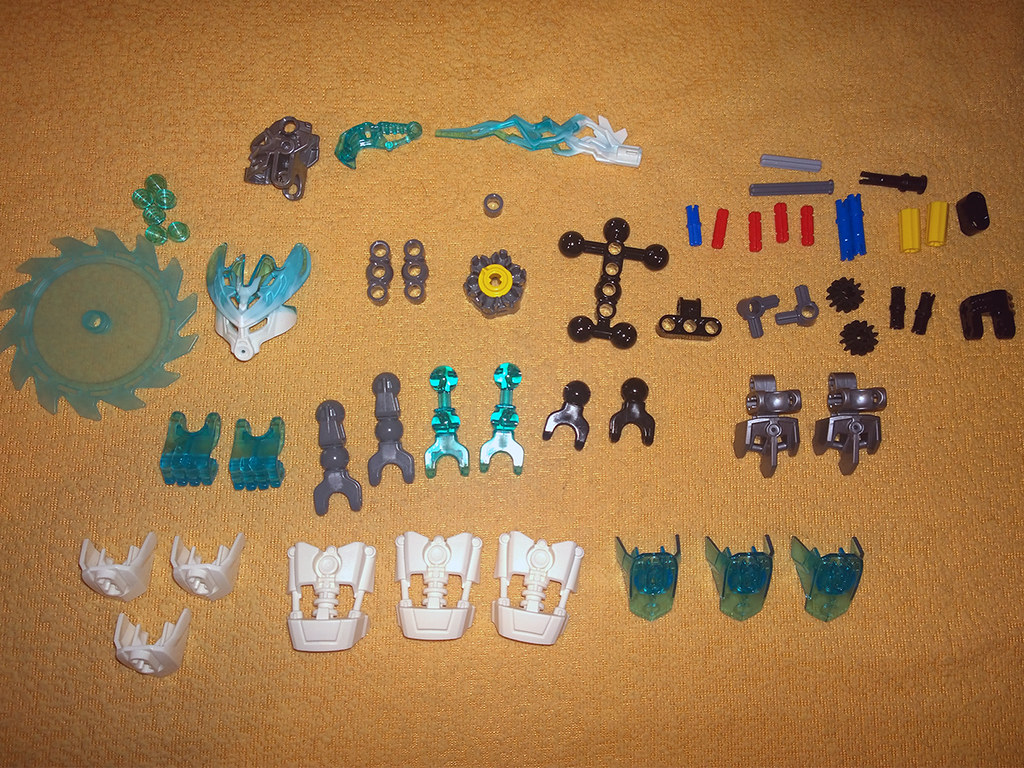 The first part that stands out for me is the sawblade. It’s not a new element in both style and color, but it is a unique part to feature with a Protector set. The parts count for the Protector of Ice is 68, 2 above the Protector of Jungle. The new parts include the head, eyebrain, mask, Gatling round plate gun, and the new armor piece in white. One additional new piece, very welcome in the field where I work is the Pin connector 1 Stud. It allows for a space of one stud to be reinforced, which is especially useful when you may or may not do a lot of Technic building, and you can’t just hide a 1x2 or so studless beam in between elements. I look forward to seeing it in other colors down the line, but dark stone is a good color to start with. 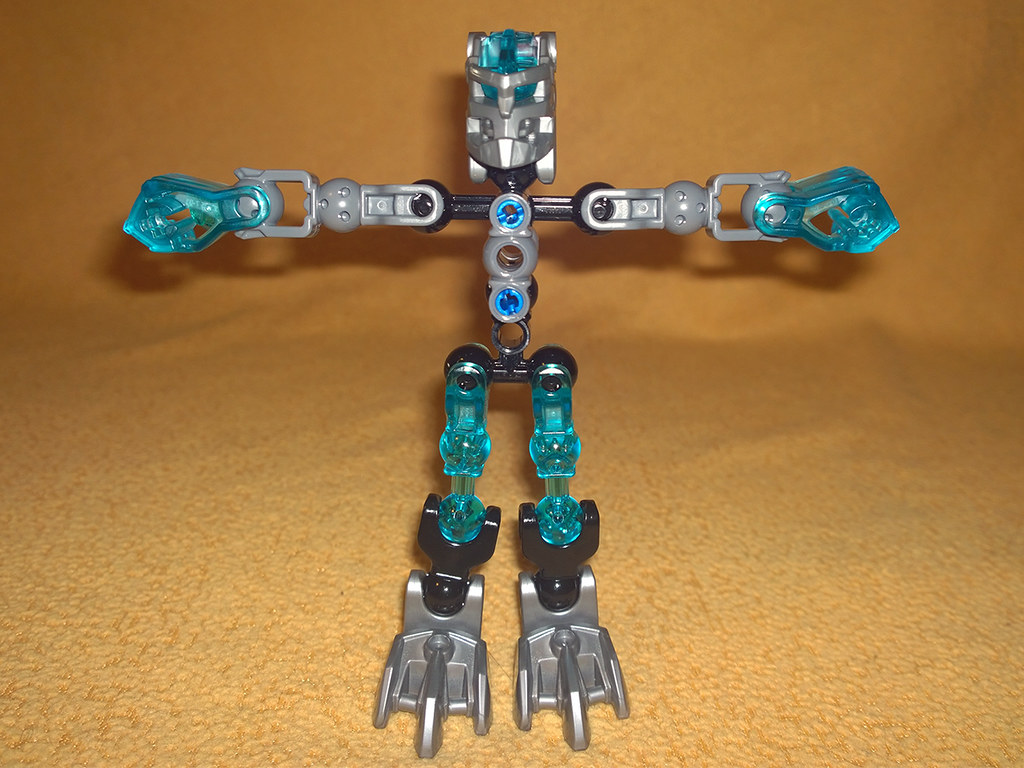 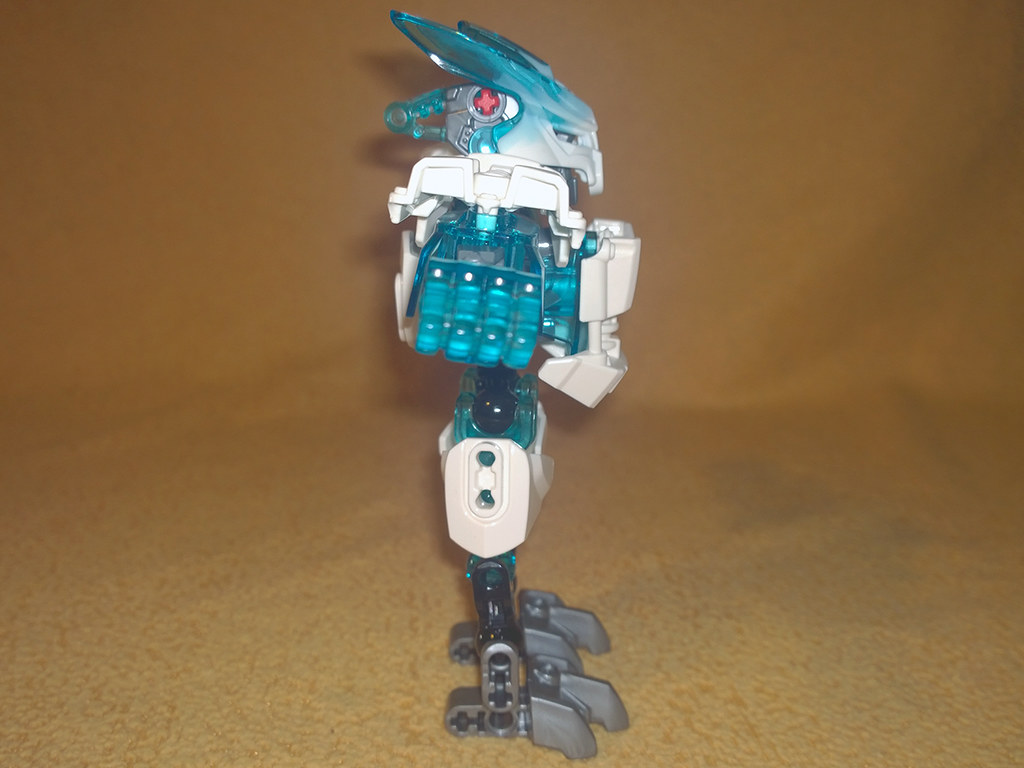 The Protector of Ice is stubby. Very stubby. The legs are a good height, but I feel the arms are lacking in the posability department. The Piraka from 2006 also suffered from this on one of their arms, with the hand being unable to articulate at the wrist like a true wrist does. The advantage the Piraka had over the PoI is they had a gimmick weapon to uphold. 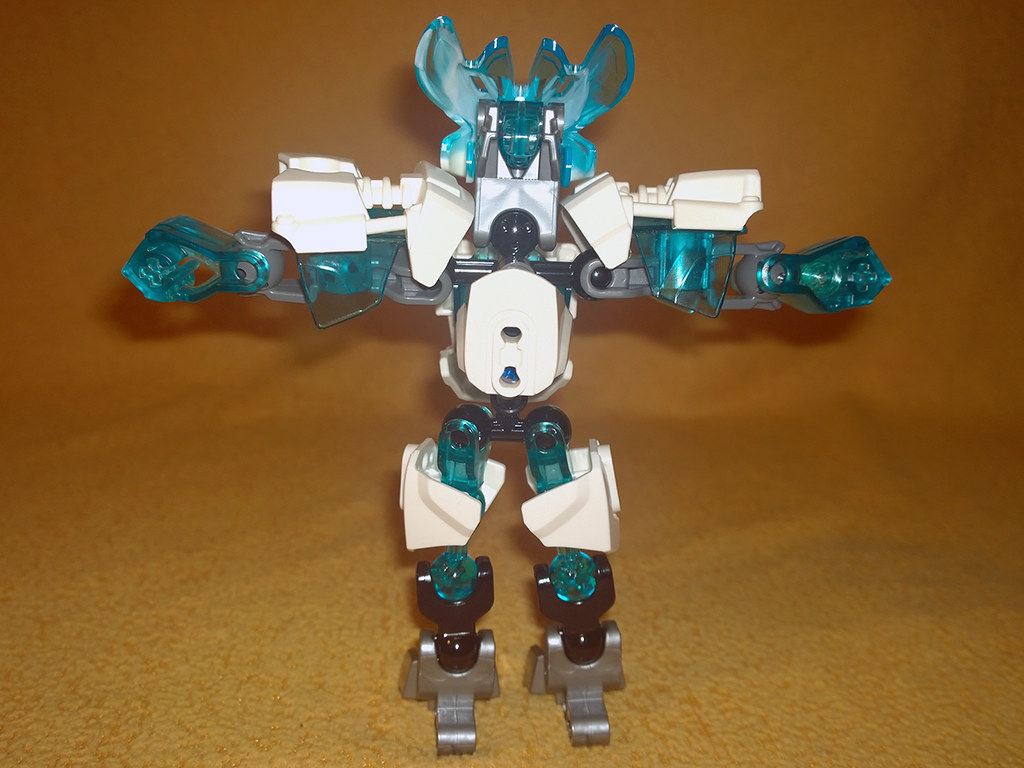 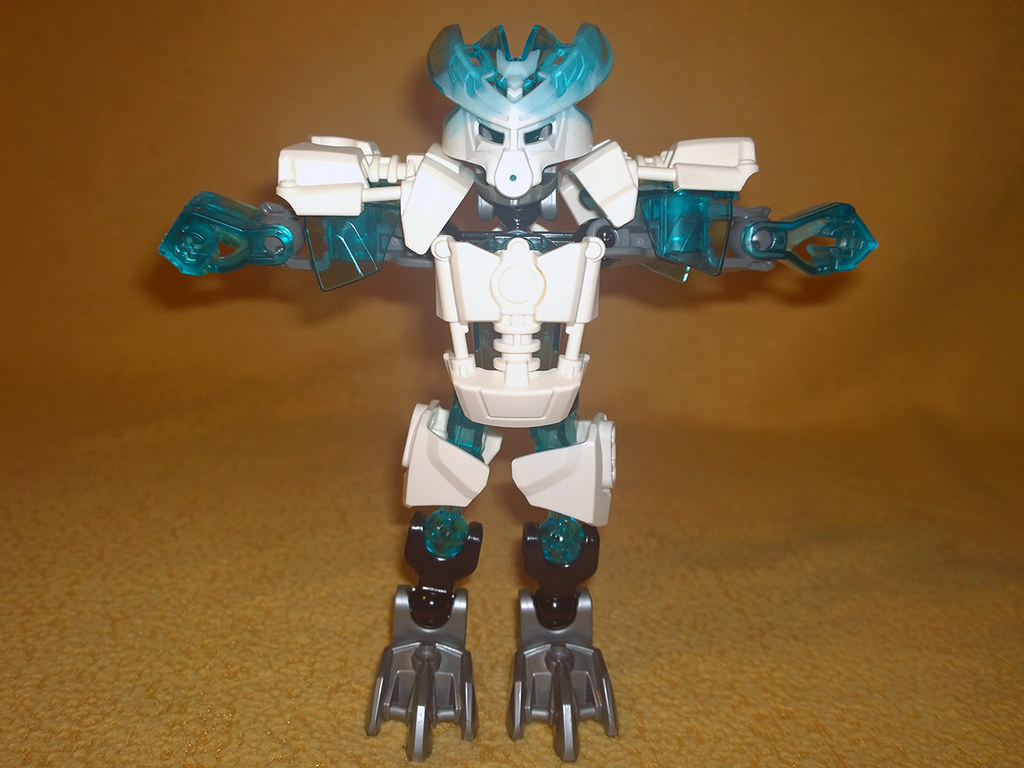 The armor works for me on this set, though it reinforces my comment with his frame build: It’s stubby. I’m also not a fan of the visibility of the black elements in the legs, as it throws off the color scheme for me. We know the connector used in the legs are also available in trans-light blue, so why black was used here is surprising to me. I would also have accepted dark stone as a color option, as it would bring that color to this element for more possibilities of building. 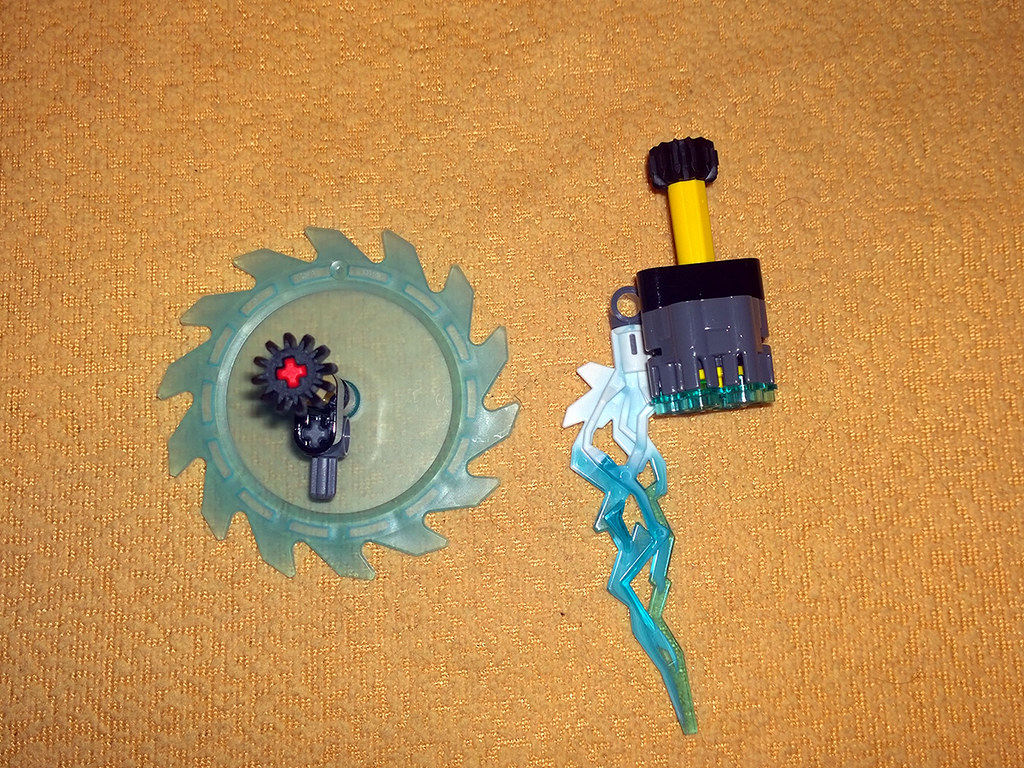 The weapons he carries are a little lacking for me. When compared to the crossbow of the Protector of Jungle, or the spear/gun combo of Protector of Stone, and especially the Protector of Water’s harpoon. It could be so much better. The only slightly redeeming part is the sawblade function, and that’s not saying a whole lot.

I would honestly only recommend the Protector of Ice in order to complete the collection, or to try out Kopaka’s Power Up mode. However, even then you might be better off buying a second Kopaka, buying the PoI, and having a Power Up mode alongside the normal mode, then dumping the other parts in your collection for MOC purposes. He’s a pass for me.