With BIONICLE's return comes one of its most common recurring themes: horde enemies. Villains like the Bohrok and Visorak were massive threats due to their sheer numbers, and the Skull Spiders take up a similar role. Each set in the winter 2015 line includes a Small Skull spider model, while the Lord of Skull Spiders has its own set. As a set, the Lord of Skull Spiders is one of the more unique sets of the Winter line, but is it a worthy buy? 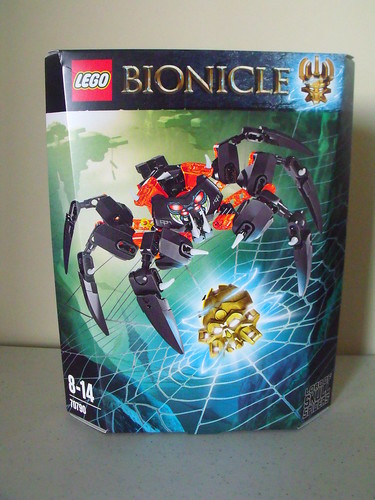 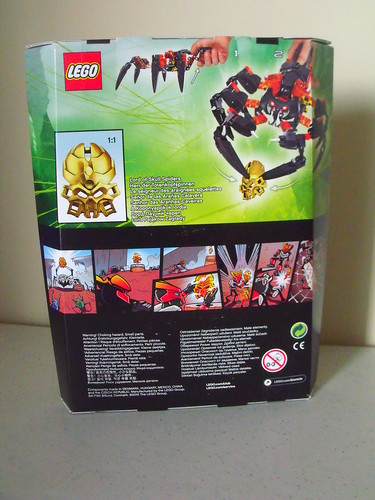 The box is the same as all the others in the Winter 2015 line, and I really do like the design for the same reasons I shared in my other reviews. This box also has a short comic on the back, which is slightly obscured by the corners of the box. Other than that, there's not much else to say about the box. 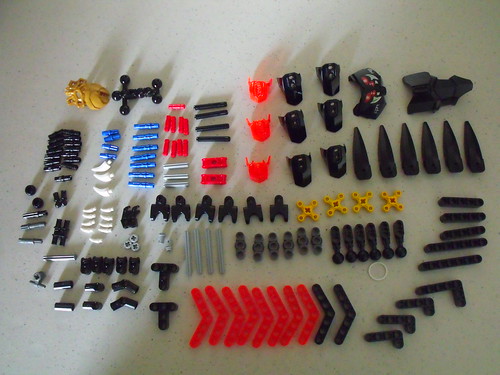 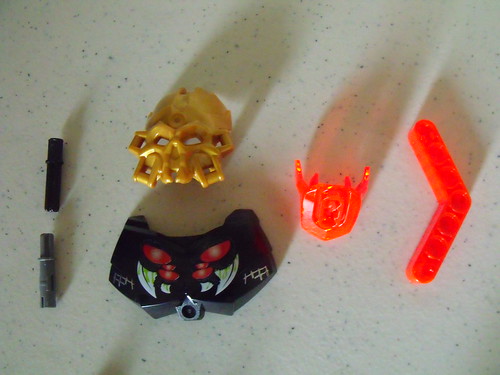 Lord of Skull Spider has a wide variety of parts, most of which are Technic pieces. The whole set includes 145 parts total, which is a lot more than any other set in the Winter line, so if sheer piece count is a selling factor for you, this is a good option. However, there is a major lack of new parts. Aside from the printed face plate, the trans-orange liftarms, and the gold Skull Spider body/mask (no legs included), every other piece is rather widely available. 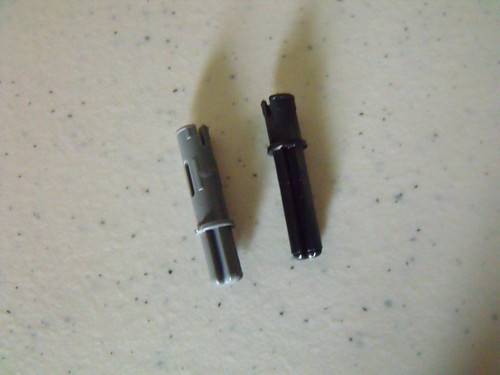 These two Technic pieces struck me as particularly interesting. Yes, they've been around since 2014, but they've never been included in Bionicle, Hero Factory or any Ultrabuild series until now. Skull Spider uses these new parts in the inner mechanisms of the model to provide options that older parts wouldn't do as well, so they're a very nice inclusion. 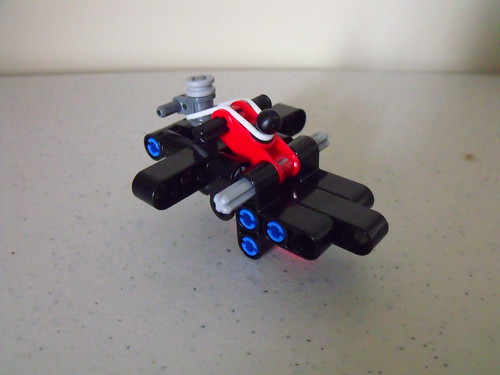 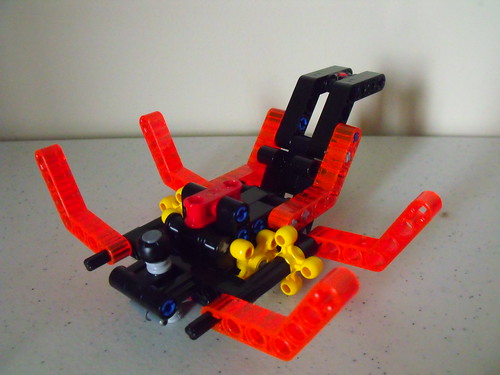 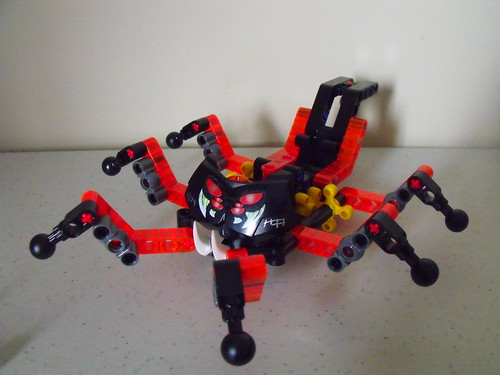 The building process is a lot more complex than other sets in the Winter line. The abdomen contains a squeeze mechanism that moves the legs, while the rest of the body is largely covered in Hero Factory armor. It was really fun to build, and provides a more complicated model than any other current set. 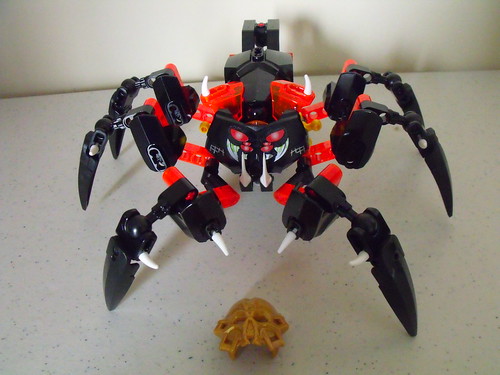 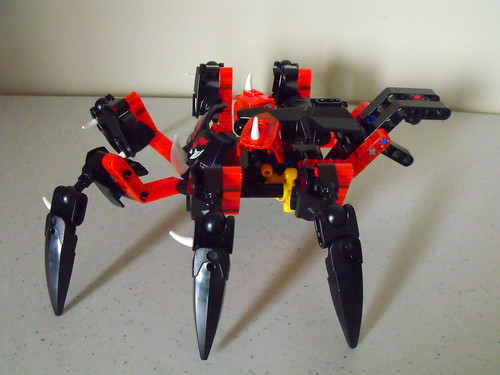 The final model looks really nice. The Technic body is complimented well by the armor distribution, though the overall mobility is limited. The only posable joints are the tips of the legs and the slightly movable head, but the Technic portions of the legs give added stability to the design (frankly, any more ball joints and it would become easily unbalanced). The functionality of the legs is also very cool. Observe: 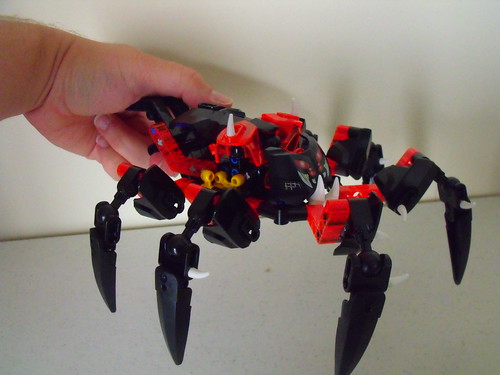 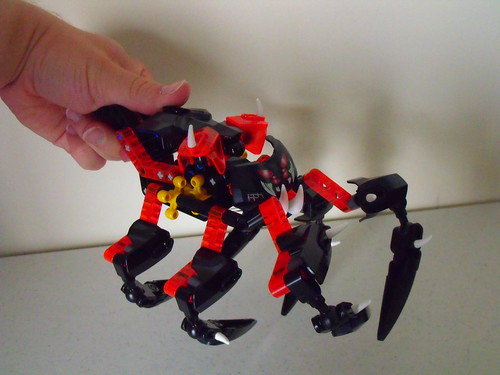 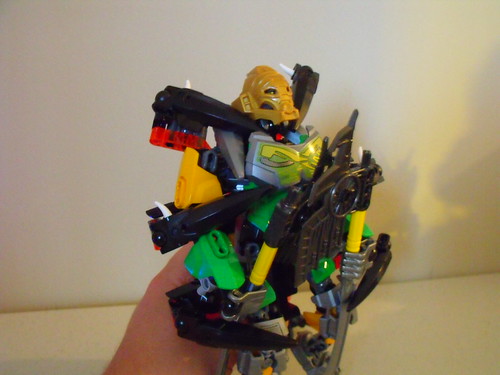 By squeezing the lever on the abdomen, the legs close shut. This feature was designed to perfectly fit a new Toa figure (it may not fit larger Toa such as Onua, but a standard Toa like Lewa fits fine). This is great for play, especially when complimented by other sets.
Ultimately, I like this set as it is, particularly because it provides features that no other set in the Winter 2015 line has. I would recommend considering buying it, but only if you feel its pros outweigh the cons. If you want a model with complex building and a bunch of Technic parts, this is the best set available. However, be advised that it has very few unique parts, so buying it just for parts might be a waste. Also, as a story character, I find Lord of Skull Spiders rather uninteresting. It's just another horde boss, and there have been more interesting ones in BIONICLE's past. Not only that, but the Summer wave is full of villain sets, so if any of those interest you more, Lord of Skull Spiders can be passed up. If you do buy it, I think you'll like it, but it's not for everyone. 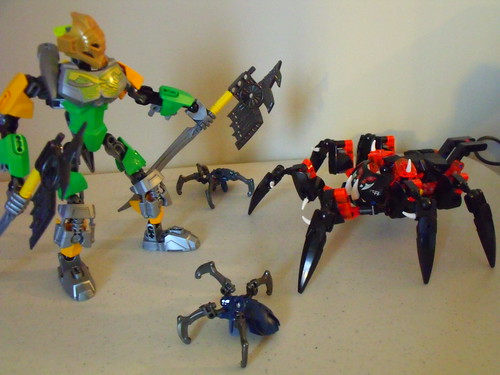