It's been a while since BIONICLE or any subsequent themes have had an option for smaller sets. The Stars were all Matoran-sized sets, while Hero Factory started out with similarly-sized sets as their main line. These gradually grew larger (and more expensive), but there were no smaller options available. Now that BIONICLE is back, we have seen the return of small sets in the form of the Protectors. As a set, the Protector of Jungle is a nice model that uses its small size to its advantage. 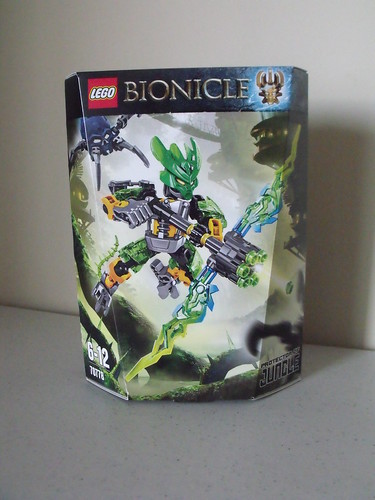 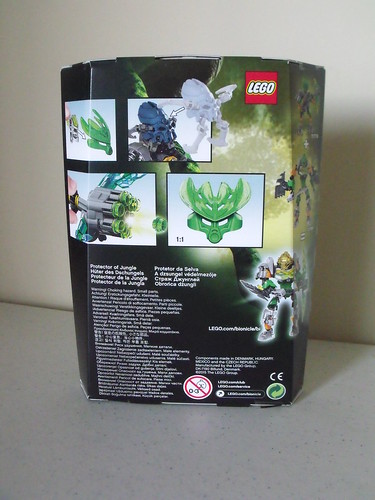 First of all, I really like the new box designs. They're sturdy and lightweight, plus they really stand out due to the angled sides. This is true for all of the boxes for the Winter 2015 line, but an added bonus for the protectors is that the finished model can fit back in the box if you remove the chest plate (larger models can't fit back in their boxes without a lot of disassembly): 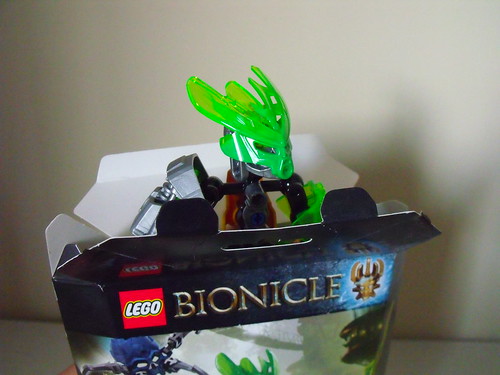 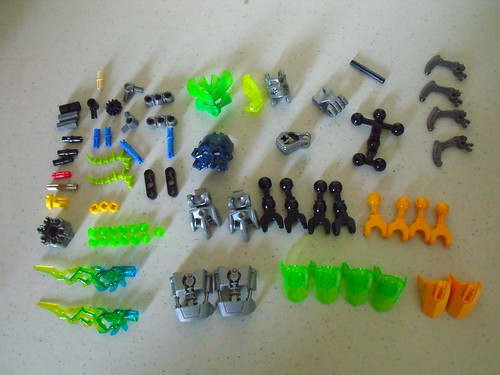 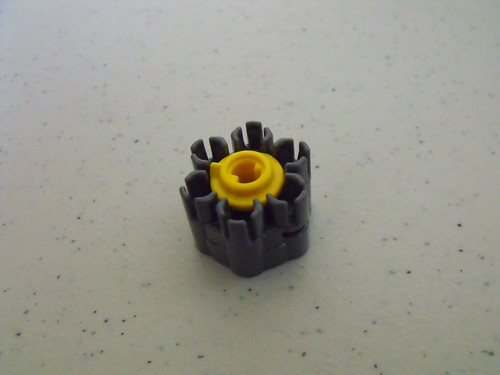 The Defender of Jungle has a pretty good selection of parts (which I sorted because I'm particular about that >.>). While there are no unique molds in the set, there are some great new colors for the pieces. The translucent green and keetorange color scheme is very nice and unique to this set, which makes it a good option for new armor colors. Also, gotta love the green/blue flame bits!
Also, take note of the Elemental Blaster pieces. The revolver is made of two parts, which once connected can't be separated easily, if at all. The blaster works very well though, which I'll talk about later. 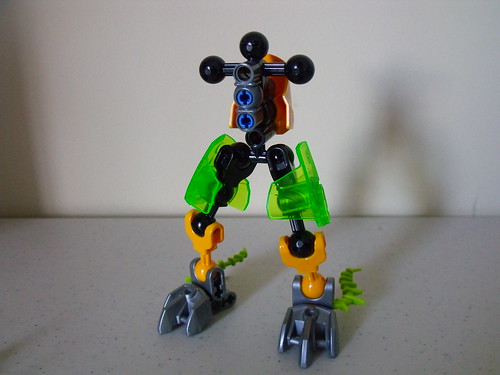 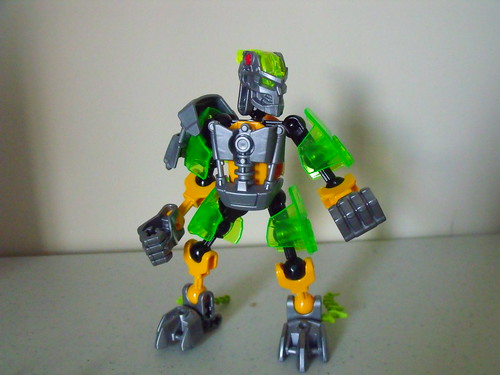 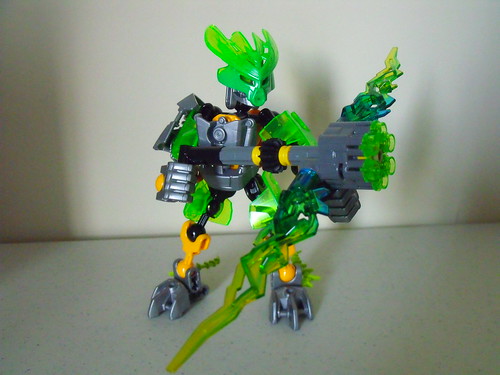 The build is simple and straightforward. At its core, it's the same structure as any Hero Factory set since 2011. And frankly, it doesn't get much more sophisticated than that. But the simple build lends to an overall full design that is completed by smart use of armor plates (it even had back armor, which I know a lot of people ask for). 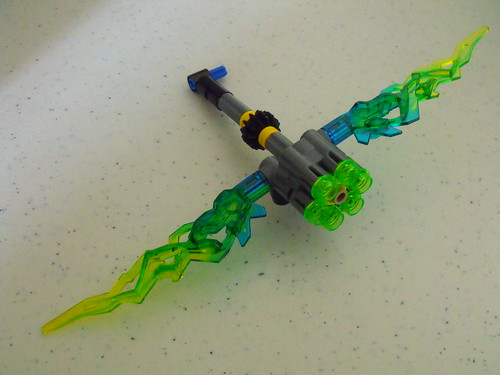 The best feature of this set is definitely the Air Elemental Flame Bow. It's a cool design that gives the set plenty of appeal, plus it works very well. You can essentially spin the gear at high speed and fire off the whole round of studs in a second. Be careful not to lose any though (there are plenty of spares available in the set at least).
It also comes with the added bonus of giving the Protector two thumbs up when removed: 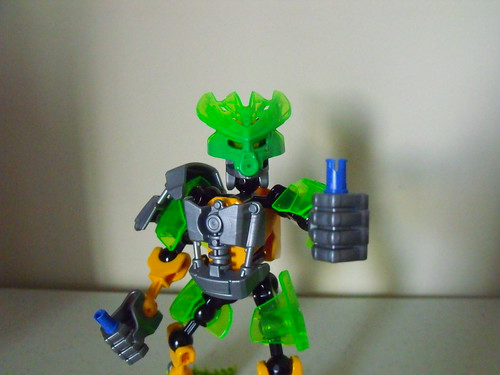 As a whole, I really like this set. It has some nice parts for building and good implementation of functional parts. Those of you interested in story aspects may not like that the character is largely undeveloped, but this also leaves a lot of options for play. 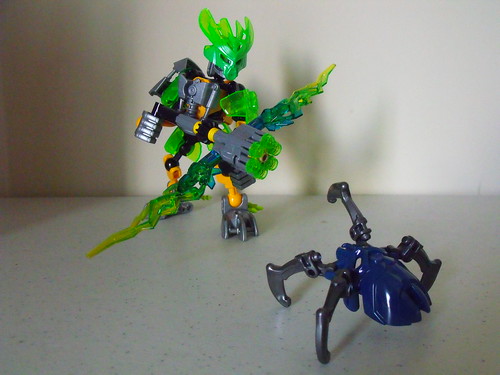