Prosperity was the Principle of Onu-Koro. It was derived from the Virtues of Duty and Destiny. One was prosperous by attaining great wealth, often through hard work. It granted the Kolhii Skill of Stamina, and its enemy was Hunger. 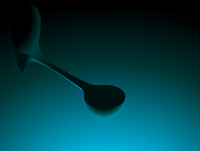 The Temple of Prosperity

The Charm of Prosperity was never recovered by Hahli, but was intended to be used in conjunction with the Charms of Duty, Destiny, and Stamina to obtain the Crystal of Prosperity at the bottom of the flooded Great Mine. There was no riddle to unlock its door, instead it was unlocked through recognition of its Symbol.