If you can read this... you're too close to the computer.It's bad posture.

Attention all runescape players, My name is Nengex and I can own your face with my all powerful staff of problem-solving (its quite simple: I just annhilate all problems) Emporer Tren Krom (Speak, Freak!!/lookie what i can do, mommy) My Beautiful sig is provided by LNU ( though im really thinking about changin it)

I recently went to the beach with LNU and his family. We have a new talent: Sand sculpting!! http://www.youtube.com/watch?v=icaaoekp5jg

The BZP Cards are almost here!

"Karda Nui – how to describe its glory, its wonder, its sheer beauty? How to capture the feeling one gets at the first sight of it? It isn't easy, but let me try.
It's a big cave. With a swamp in it."
— Mutran, The Mutran Chronicles

"Horror is looking into the eyes of the Shadowed One, knowing you are about to die ... and then being forced to live. Horror is waking each day to see every part of your body moving on its own, a shifting mass of Protodites where once was solid metal and living tissue. Horror is what is in the eyes of your partners when they look at you ... and in the cries of your enemies when your swarm engulfs them. Don't talk to me about fear, creature - I am fear!"
— Zaktan standing up to Irnakk

" You haven't answered any of my 110 questions, or my follow-ups."
— Vezon, Destiny War

"I know Stelt, A Nui-Rama doesn't buzz on the Tren Krom Peninsula without you scum hearing it. So I'll ask again, where is he? Where is the Makuta of Metru Nui?"
— Miserix

"What I could really use is a Mask of Light right about now. Right, like that's ever going to happen."
— Lewa's thoughts while diving, Swamp of Secrets

"To be a Toa is to defeat all those who oppose you? Is this what you believe a Toa to be? A mighty arm to strike down your enemies? Your power is nothing. A Toa's true strength lies here," Whenua said, pointing to his head. Then he placed a hand over his heartlight, saying, "And here. Your Toa Power can move the dirt ... Your mind and heart can move mountains."
— Whenua to Onua, Tales of the Masks

"Chuck Norris Has the greatest poker face of all time. he once won the 1983 world series of poker with a 3 of clubs, a Jack of Spades, A 2 of diamonds, a 3 green Uno card, and a monopoly get out of jail free card"
— A joke I found on the internet and told to LNU while we were playin Texas Hold 'em AT CHURCH!! theres really nothing wrong with it, but most die-hard baptists think there is.

"How many Marxists does it take to screw in a lightbulb?

-They dont change lighbulbs, because turning it requires a revolution"
— -runescape wiki user Jack Spiral telling a joke to our clan after Hapi007 said Okay, time for Communist jokes

All the Visorak (Even though I hate Spiders, and they're really my little brother's but we share) 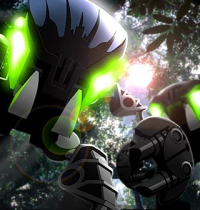 "Hello. we are from the IRS. You have not paid your taxes. We want to know why." 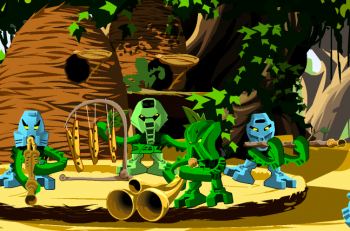 Arggg!! Fenrak! get me an asprin! ouch! the chronic headaches are back.