Disclaimer: This set was provided to BS01 by The LEGO Group, but the opinions of the set are those of the reviewer.

As I have said back during the Batcave review, I am a huge DC Comics fan. So going to see The Batman back in March of this year, I already had hard expectations of what it should be. Part of this expectation was the Batmobile in the movie. Before I go on, I will confirm that this will NOT be a review of the movie, but I will be referring to it in the process of reviewing this set. I also normally do not like to take photos of me building sets during reviews, as I prefer to experience the build uninterrupted, but I made an exception for this set because it requires certain angles to be photographed without something attached. Going into the build itself, I had very high hopes that the set will do the movie’s Batmobile justice, pardon the pun. And yes, for clarification, this set did come out in October of 2021 for the US, it’s been a very long year so far for me.

Quick notes: I forgot to photograph the box before opening it, so you’ll have to excuse its state. 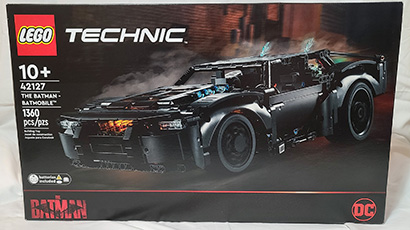 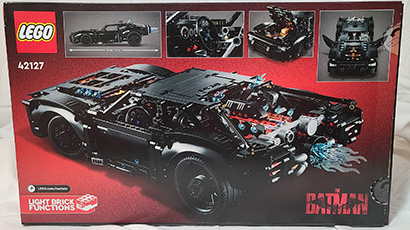 The box is very large, and quite alluring in its design. The front features the model on the front with the amber brick lit up under the hood. You can also peek a glimpse of the red brick also lit up next to the driver’s seat, though otherwise it is not as visible on this angle.

The back features more info on the set, including size dimensions and closeup shots of the various features of the set. The red hue works well in showcasing the set and adds to the anticipation of cracking it open and building it. So here we go. 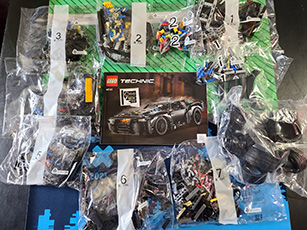 Okay, this is going to be fun. In total, there are 7 numbered bags and two unnumbered which feature the new fenders and tires. I photographed each individual step’s cluster of parts, which are linked in this list per bag, unless otherwise featured in the build for call-out. Suffice it to say, the order of operation per bag is as follows:

In terms of cool parts, the set had very little that would interest a Bionicle builder, but I was fascinated by the new gear differential element set they had. 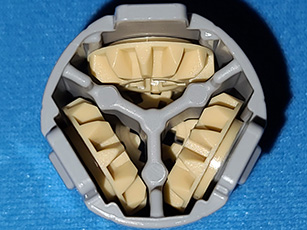 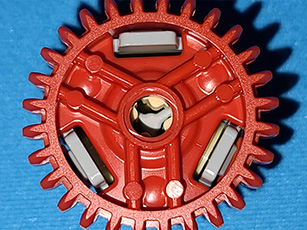 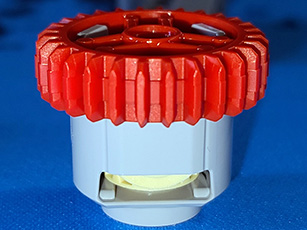 I don’t think it’d VERY useful for Bionicle building as well, but for general Technic, I do expect to see this out in the wilderness a bit more often. 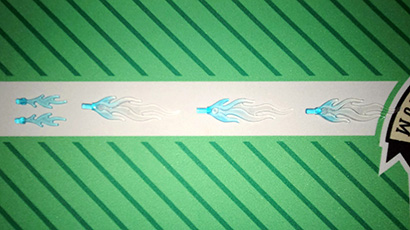 I also wanted to shoutout the flame elements, being identical molds to the Mini-Tahu (Minihu, if you will) firesword from the 90 Years of Play set, only in transparent blue and clear marbled. It is by no means a brand new part, having existed since 2006, but it does get an honorable mention here. 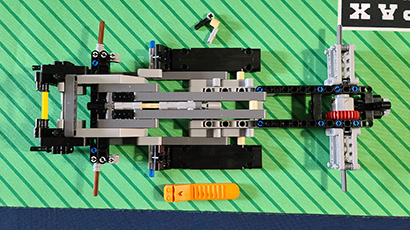 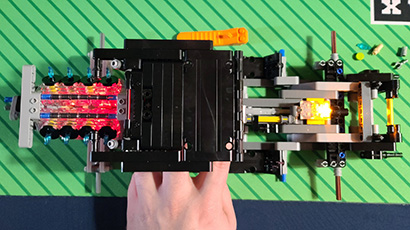 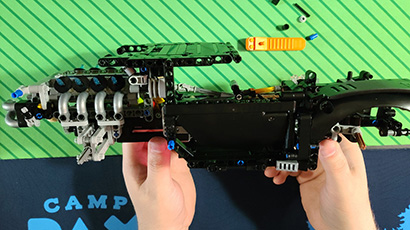 As listed above, each step advances the car in a counterclockwise rotation, more or less, and it requires no more than 15-20 minutes per bag. It’s a pretty fast build overall, unless you’re not used to how Technic assembly works. The frame itself felt like it had so little parts at first, but it grew rather rapidly. 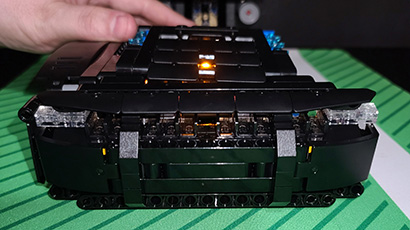 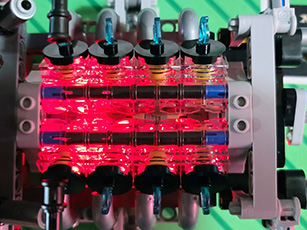 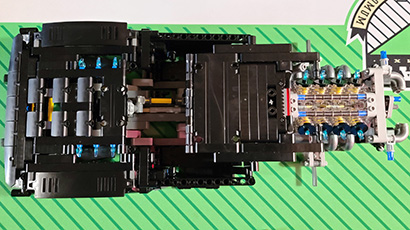 A couple of big notes I took as I was building involve how steps are orientated in the instructions, or how pointless certain things could have been placed in the steps. For example, Step 183 featured the front assembly attachment point, which could have been done at any point in the previous steps, or even as part of the major assembly altogether. However, these and other comments like it are mostly user preference and not a consideration for the overall review. 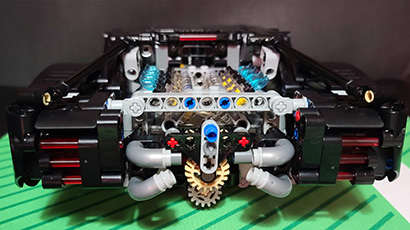 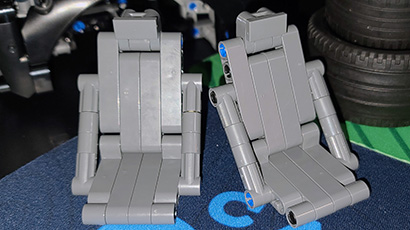 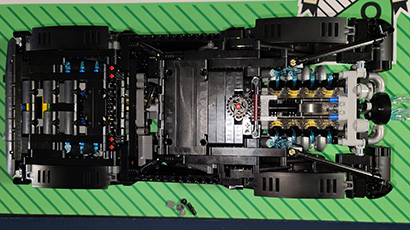 Now, I do own and have built the other licensed Technic car, 42111 Dom’s Dodge Charger, and I will say the stability of this build is much improved over the Charger. It has by far less wobbly sections during construction and doesn’t require or rely on last-minute additions to fully stabilize everything. An example of this is the ability to pick up the whole vehicle from the roof section before applying the windshield roll cage bars.

I will call out one funny moment while constructing the set: When I got to the last step, despite being on a randomized playlist of my music preferences, the song Something in the Way by Nirvana came on when I was attaching the last bit. I am not joking, this actually happened. It felt poetic in a way to finish this build with such a memorable song from the movie (in that they played it twice plus a ton in the commercials) that I had to mention it here. 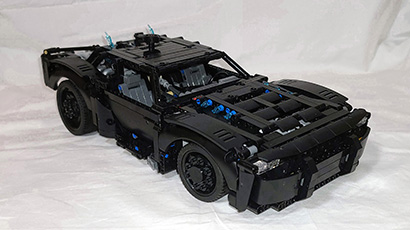 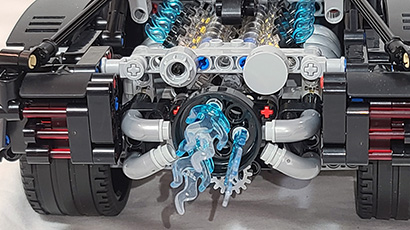 In a break from our norm, I am adding this category in order to better illustrate the whole model as compared to just the build. 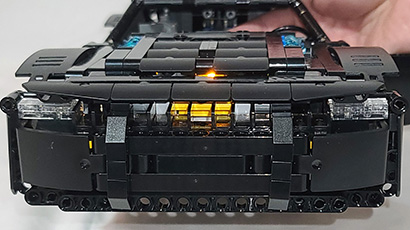 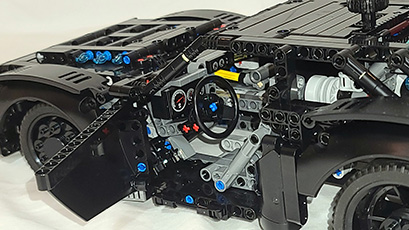 The car itself is very well put together, but I’m not going to lie; I don’t think it’s a perfect rendition of the Batmobile from the movie. It has the spirit of it, but it lacks certain aspects. 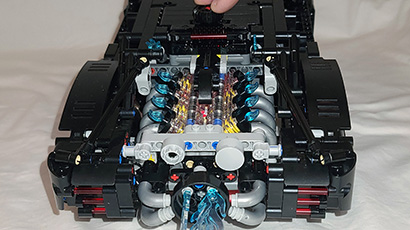 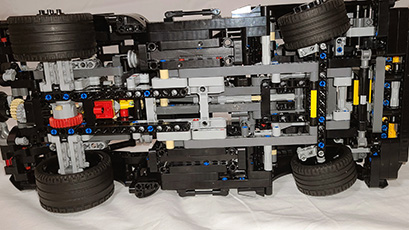 The rear is missing a few details that help to illustrate the same aesthetic. For starters, there are certain details such as added framework to suggest an extra layer of reinforcement, which I don’t believe would have detracted too much from the overall. Likewise, I do wonder if using some System parts like slope or plate would have helped get the tapering of the rear that is needed, which isn’t a hard ask given the front grille uses System already. 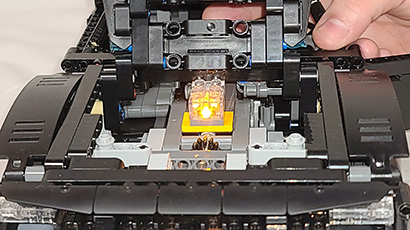 Speaking of the front; At first, I thought the amber brick would not hold up when compared to the movie version because of the color it produces, but in hindsight I realized it does have a tinge of an orange glow to it which adequately matches the movie’s appearance. While the rear engine glowing red is a nice touch, I think I would have preferred the blue flame to light up more so than the engine.

Now comes the part of the review that I wanted to do since I saw this set in the first place: Comparing it to some other vehicles in its weight class. First up is the Dom’s Dodge Charger mentioned earlier. 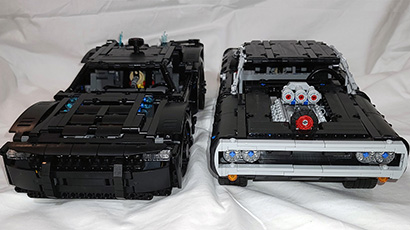 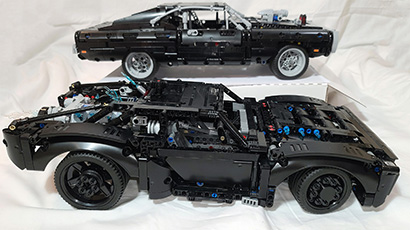 At first glance, both cars are very similar but also vastly different from each other. Both cars are black, they have user-operated steering, they have opening doors, and they have motors, but their similarities end there. The light gray trim of the Charger helps break up the otherwise bland all-black, and likewise the transparent light blue flame details and dark gray interior and light gray rear engine helps the Batmobile from falling into the same trap. Both vehicles’ engines have moving pistons tied to the drive of the rear wheels’ differentials. The details added to the engine of the Batmobile, plus the rotation of the flame, helps the Batmobile stand out against the V8 block in the Charger. The wheelie lift function of the Charger does help it stand out a bit, but the lights are, in my opinion, a bigger sell for model accuracy in the Batmobile.

Next up on the review stage is a Bionicle classic: The Axalara T9. As a note, I am borrowing this particular Axalara from an associate, so it is modified for their needs and is not 100% set accurate, as well as missing Lewa Nuva, but for my needs it will be close enough. 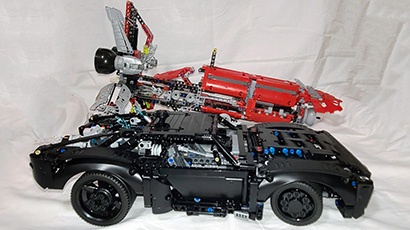 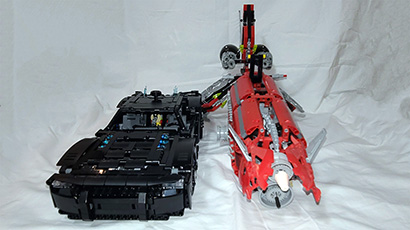 On first glance, the difference is obvious. In fact, it’s almost insulting for me to even compare these two sets, but we’re here so let’s do this. Compared to the limited playability of the Batmobile, the Axalara has the tri-wing folding mechanism, the landing gear system, as well as the Midak Skyblaster array assembly, all controlled within 4 inches (10.16cm) of each other, at most. The Axalara also has a handle grip on the bottom for all your swooshable needs. Overall, the Axalara is a more fun toy to have.

As far as accuracy to the movie, like I said it has the spirit, but I don’t know if that is enough for a casual Batman fan. As for the set itself, there’s enough Technic parts to gnaw on for some MOCing, but it may not be enough to get past the $99.99 USD MSRP. I would recommend it if you are a diehard fan of the new franchise or Technic. Otherwise, it can be a pass.

Special thanks to my sister, Selene, for editing this review and taking photos alongside me. I wouldn't have this done nearly fast enough without her help.