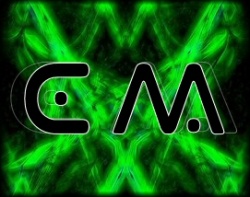 You are now entering the Kini of Crystal Matrix. This page is dedicated to and honors the BS01 Wiki's founder, Crystal Matrix, or just CM for short.

One of BIONICLE's Biggest Fans Ever since CM first saw the Vakama, Tahu "Fire Pack", CM has loved BIONICLE. He loved the sets, storyline, twists, turns, and the beautiful landscapes of the Biological Chronicle (BIONICLE for short) Universe. Now, 6 years later, and at the age of 16, he is leaving BS01, but will still be a dedicated BIONICLE fan.

Then Exo-Makuta changed his name to Crystal Matrix and created a newer version of BS01, with a cool white and light blue interface online, news and its own domain name. It was a very popular site. However, Crystal Matrix soon became really busy with the thing known as Life and it fell into a period of few updates... and suckiness.

By now we were in 2004, so Crystal Matrix made an even newer version using his new Microsoft Frontpage with not just reference, but a cooler look, games and software about BIONICLE. Yet that darn Life struck again and the site fell into the deep abyss and no-update-ness. And yes, it sucked.

Then CM came to the realization that Microsoft Frontpage (and Microsoft in general) was inferior to hand-coding, so he, with the help of his friend Gornakle, designed a new site that used database access and had staff (Swert, Twin Matrix, Pekel and Redeemed Sol). Unlike previous reincarnations, this version was skinnable and it was partnered with BZPower, one of the best BIONICLE fan sites on the web. Once it launched on the 24th of July in the year 2005, BIONICLE fan-dom would forever have a reference site that did not suck.

Crystal Matrix was made a BZP Support Team Member on July 22, 2004, and started to contribute a lot to the New Member Q&A forum. He was 14 years old when he was made a member, living in the U.S. state of California, with his brother, his sister and his two parents. At the age of 11, he became a BIONICLE fanatic, having been with LEGO System since he was 8. He joined BZCommunity when he was 12, and has seen BZ go through many stages, events, and all of its anniversaries.

He is a member of the High School IT program, which is a high level computer class. He is learning lots of web code and hopes to be a web page designer when he grows up. He has already designed BIONICLEsector01, a large contribution to BIONICLE reference.

He loves to play basketball, swim, golf, run, and surf the net in his spare time. He also likes to build with both System and BIONICLE when he's bored.

After the creation of the BS01 Wiki, Crystal Matrix was very helpful to editors and friends alike. He logged on to the Wiki and BZPower almost every day to answer people's questions and comments. But slowly Crystal Matrix become more involved with other activities and he just couldn't keep up. Realizing that leaving BS01 would ultimately give him the free time he wanted, he indeed left his creations to be run by Swert and Pekel. Now he is leaving to do more of the things that BS01 prevented him from fully exploring. Dancing, piano, voice lessons, high school, homework, web design, and church are just some of the main reasons why he is leaving. CM hopes to do either web design, or something art/music releated when he grows up. He has truly given us so much and we all will miss him dearly.

See what our different members got to say to CM's departure.

"Goodbye CM, it was great working for you" — Bioran23

"Goodbye, and goodluck with life. " — Bionicleman

"bye-bye CM, i can't belive after all these years its time for you to leave!" — Cyberstrike2000

Below are what the BZPower members got to say.

"Well, hope RL treats you well, CM. Good to know you'll still be around though" — bonesiii

"it's been great having you around CM, you'll be missed greatly" — Biomech

"Goodbye Chrystal Matrix. You did what few have ever done and got a book dedicated to you, not to mention your own website and your own forum on BZP. You're an inspiration to us all and will no doubt be missed." — SPIRIT

"See ya CM. Sorry that you're leaving. I'm glad that you've decided to stay on BZP though. I hope that you return eventually to resume your position, but if not, we'll be happy for you " "Well, it's been nice having you around here, CM. I'm very sad to see you leaving - BS01 won't be the same..." "After all the work thats been done by CM and the BS01 Staff, I'll be sad to see the guy leaving BS01." "Goodbye CM, and good luck. " "I've always loved all the work you've done for the world of Bionicle.......... " "Hope you have a good life, CM. " "Farewell, Crystal Matrix." "Sorry to here that your leving Crystal.You will be missed. " "Goodbye, Crystal Matrix, and good luck. Hope you can come back to BS01 someday..." "Goodbye, CM. You made the best BIONICLE Reference site ever " "That's a shame. Goodbye, Crystal Matrix. Farewell." "I'm really sorry to hear that you're leaving BS01..." "Wow. Hard to believe." "Goodbye Crystal Matrix. Farewell......." "Bye Crystal Matrix" "goodbye crystal matrix." — Sayings from other BZPower members