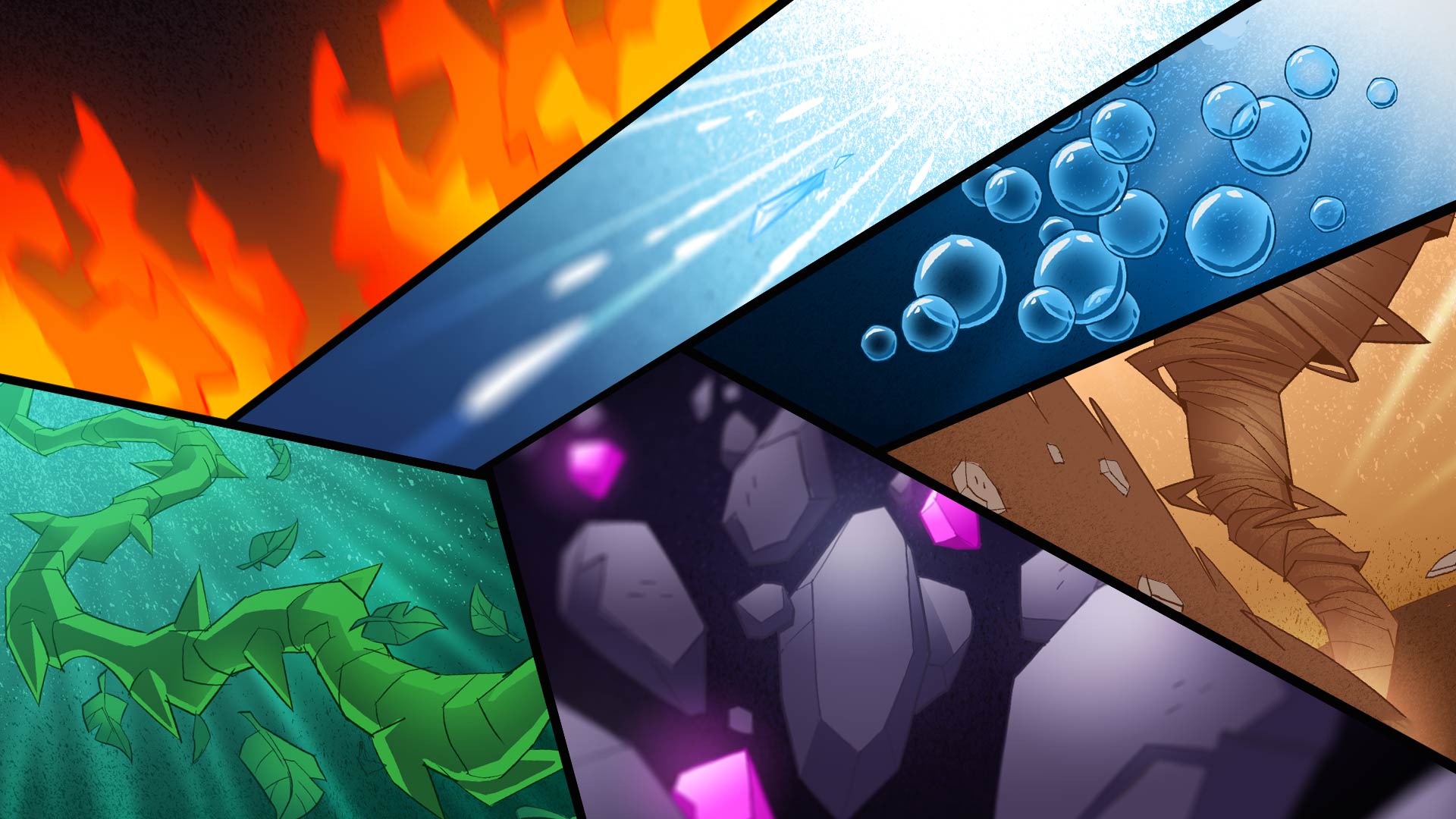 In BIONICLE's second generation, the presence of Elements (also referred to as Nature) is a core principle that informs many of the locations and archetypes seen in the story.

The island of Okoto was formed by six prime elements, which also gave birth to the great Elemental Creatures. Agil and Umarak, wielders of light and shadow, also came into being. Each creature is a living embodiment of the element, and together represent the life force of the entire island.

When the two Mask Makers, Ekimu and Makuta, began making Masks of Power for the inhabitants of Okoto, they made a sacred pact never to channel more than one element into a mask at any given time, as any combination would be inherently dangerous; merging the six elements could create a portal to the Shadow Realm. Later, jealous of Ekimu's success at the craft, Makuta broke this agreement and channeled all six of the island's main elements into a single mask, the Mask of Ultimate Power. Ekimu defeated Makuta by knocking the mask off of his face, but the resulting shockwave changed the landscape and nature of the island's regions and trapped Makuta in the Shadow Realm.

The Toa, wielders of the six elements, were summoned hundreds of years later to revive Ekimu and restore balance to the island. They found the Golden Masks of Power and revived Ekimu by merging their powers. Their quest led them to seek out the Elemental Creatures and unite with them to access the power of the raw elements. During the course of their quest, they discovered that the Toa themselves were the true source of Okoto's elements, and merged their powers to once again seal Makuta in the Shadow Realm. 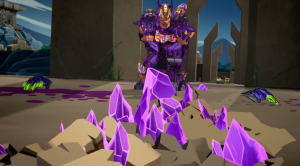 Earth forms the foundation of Okoto, and exists as its support. It manifests as unyielding power and fortitude. 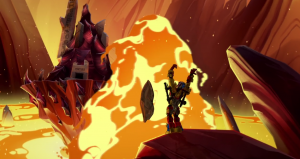 The element of Fire is associated with ferocity and impulsivity, but also known for its outstanding courage. 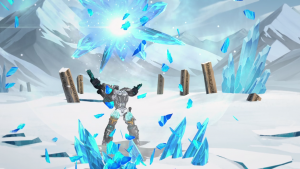 Like its color, the element of Ice is associated with purity, seen as a devotion to upholding morals and justice. 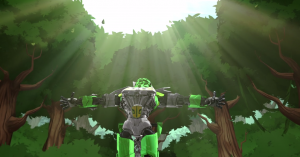 Lewa causing the branches to part

Jungle is connected to the natural order and the presence of life-force, expressed in vitality and playfulness. 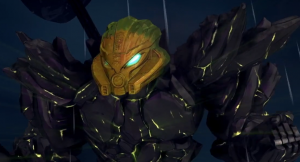 Unbreakable and steadfast, the element of Stone is known for its outer and inner toughness. 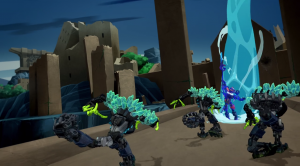 The element of Water is regarded for its tranquility and peacemaking, but can be known to summon fearsome power in times of need. 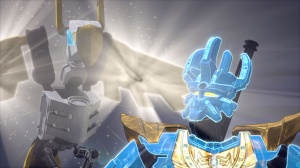 Agil granting a vision of light

Light is a mystical element that brings vision and clarity. 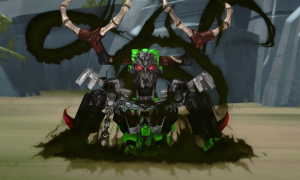 Shadow is an ancient element with mysterious properties.