"Personally, I always find my comments and observations most interesting. You haven't truly lived until you have seen the world through the eyes of madness. Why, half the time I don't know if what I see is what's really there, or what I wish was there ... or what I pray, I beg, I plead is not."
— Vezon, Federation of Fear

I'm so sorry if I make typos. Usually, I'm writing without checking that it is right or not. I know that it is annoying, and I'm tying to stop doing this.

I've become a fan in 2004 - when I got my first set, a Bordakh, and saw the Mask of Light - and got interested in the comics and the story in 2006. After I watched the 1st movie my fav. character became Tahu, and Makuta, but after the years my overall fav. character became Kopaka, and 2nds are Tahu & Makuta. I can remember how amazed was I by the movie and it got me watching it over and over again. Now, after 14 years, I can see its mistakes, but with the eyes of a 7 years old child it was beautiful and amazing.

"This is what happens when an unstoppable force meets an immovable object."
— The Joker to Batman , The Dark Knight

"See, madness, as you know... is like gravity. All it takes is a little push."
— The Joker, The Dark Knight

"I work alone."
— Kopaka, The Coming of the Toa

"I've made a lot of fool-mistakes lately, Vakama. That's what happens when you're brave-tough enough to make decisions."
— Matau, Web of Shadows

"We all make mistakes, Vakama. That's what happens when you're brave enough to make decisions."
— Matau, Web of Shadows

(I do like both versions, but I prefer the one from the book) 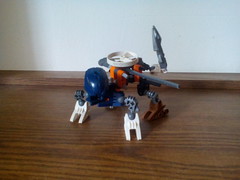 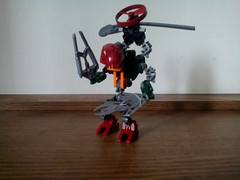 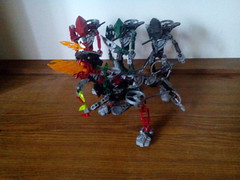 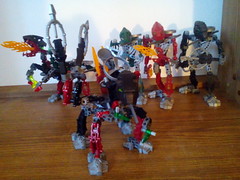 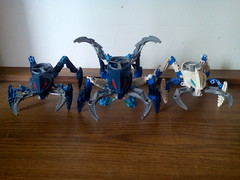 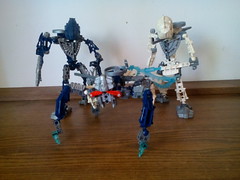 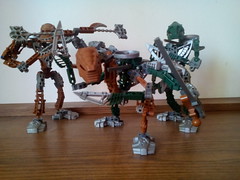 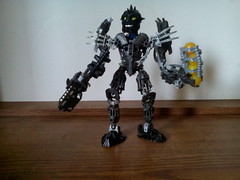 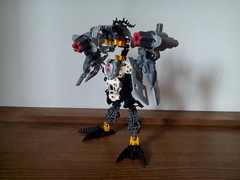 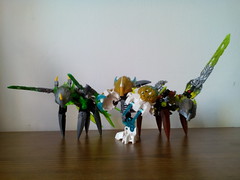 2. The Kraatu are the Stone Rats. And the word 'Kraatu' literally means Stone Rat.

4. Lariska - being a weapon master, according to the Encyclopedia - has more weapons then her daggers. She has a chain to grab her victims from the distant shadows and her mechanical arm contains a function to generate a spiked shield for defense and attack. Also she was to be the leader of her tribe but she chose to be a Dark Hunter instead, for she was trained to be a warrior not a queen.

5. Silence is a mutated specimen of Jerbraz's species, who are native to Nynrah.

6. The Hordika Dragons were the part of Amphibax's species before their mutations.

7. Ravager came from the same species as the OoMN member who communicated with the dying Tahtorak. The Order keeps the information and whereabouts of the species in secrets, preventing everyone to use their knowledge for personal purpose.

8. Tracker came from the same species as Todbuk (thus he blames the Visorak horde and Roodaka for his current state)

9. Hakann's & Avak's "Piraka Kaita" is the Lava Monster, what they made to gain the Matoran's trust.

10. The Recorder is native to Odina, he was captured when Ancient and TSO annexed the island.

11. Vezok's & Thok's "Piraka Kaita" is Trigrax's normal form, that's why Varian was shocked when she was him.

12. Zaktan's & Reidak's "Piraka Kaita" is a Dark Hunter Guard from the Legacy of Evil killed by a Boggarak.