"Another body was required, one dedicated solely to the Great Spirit, with no other loyalties or allegiances to get in the way."
— Toa Helryx, World

The Order of Mata Nui is an organization dedicated to serving the will of Mata Nui.[1] For thousands of years, the Order was extremely secretive; it was unknown to Toa, Turaga, and even the Brotherhood of Makuta. The Order eventually revealed its existence to the Matoran Universe and engaged the Brotherhood of Makuta in war. Now that Mata Nui is dormant in the Kanohi Ignika, the Order acts as peacekeepers on Spherus Magna.

Almost 100,000 years ago, the Hand of Artakha aimed to exact justice and pursue Mata Nui's will. In time the Hand disbanded itself because its members lacked discipline and its actions were too destructive.[2] Some members scattered,[3] and new Toa teams took up the mantle as public defenders.[4] One of the Hand's members, Toa Helryx, felt the need for a secretive organization dedicated to Mata Nui's will, so she founded the Order of Mata Nui. She recruited many of the Hand's former members and created the rule that no other Toa could join the Order.[citation needed] 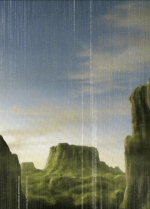 After they were created, the Toa Mata were sent to the Order's headquarters on Daxia. There Helryx awakened the Toa, and Hydraxon trained them. The Order eventually sent the Toa to Karda Nui, where they defended the local Av-Matoran from various threats.[5] The Toa then entered stasis in the Codrex, ready to be deployed if the Great Spirit were felled.[citation needed]

The Order secretly maintained the balance of the universe while hiding their existence. Among other things, the Order experimented on Ehlek's species and had Botar send many unredeemable villains to the Pit. It also assisted with the Time Slip, relocating disguised Av-Matoran to various places in the universe.[6]

1,000 years after the Great Cataclysm, the Order prepared to come out of hiding and wage war against the Brotherhood of Makuta. The organization recalled its members to Daxia and sent a message to its spy in the Dark Hunters telling him to confront the Shadowed One.[7] Brutaka and his team of expendables recovered the original leader of the Brotherhood, and Axonn and Brutaka later were sent to Zakaz to make a pact with the Skakdi.[8][9] Helryx herself revealed the Order to the Toa Hagah and sent them in search of Teridax.[10] The Order then participated in numerous campaigns against the Brotherhood on various islands, culminating in a massive struggle on Metru Nui that resulted in a Brotherhood defeat.[11]

After Makuta Teridax took over Mata Nui's body, he used his powers over the universe to destroy the Order's main base, Daxia. Many members of the Order were also killed during Teridax's reign.[12] The Order's surviving agents managed to contact the Toa Nuva and the Toa Mahri and began helping them with their resistance efforts.[13]

After Teridax was killed, Order agents began to exit the Matoran Universe onto Spherus Magna. Several agents went to retrieve Tren Krom; however, they discovered that he had disappeared from his island.[citation needed]

In this alternate universe, the Order of Mata Nui revealed their existence after Mata Nui died. They then assisted in evacuating many of the Matoran Universe's beings to the island of Mata Nui. They also helped Toa Takanuva force the Makuta back underground when they attempted to make their way to the surface world. Soon after, the Order's leader, Helryx, became a member of Turaga Takanuva's ruling council.[15]

There were hundreds[19] of agents of the Order of Mata Nui throughout its history. They do not usually include Matoran, Toa, or Turaga, as they have their own destinies to fulfill.[43] Below is a list of those members who are known:

These beings are not actual Order of Mata Nui members, but serve and work with them:

The Order was entirely devoted to secrecy, hiding their presence from the entire universe. They served the will of Mata Nui, acting in his interests. Due to their secrecy, they have no need to consider the morals of other beings in their quest to carry out the will of the Great Spirit, and as such can act with impunity. Because they carry sensitive information, all members are trained to have their minds shielded against telepathy and mental attack. However, they are still vulnerable to tricks such as illusions. Most members carry weapons made from Protosteel,[47] and some of their equipment is provided by Artakha.

It was initially decreed that no Toa or Matoran (save Helryx herself, who set the rule) could join the Order. However, in the wartime, this rule was bent to allow Krakua and Mazeka to become full members.

Depending on the role members will have, they can receive a power upgrade through experiments when they join the Order. Axonn and Brutaka chose to get additional powers, while Hydraxon and Botar did not. The experiments have been known to go wrong, however, such as when the experiment Jerbraz took part in rendered him permanently invisible.

"I have uprooted mountains, Toa. I have ridden the tornado and filled the earthquake with fear. When you were still toiling at your mundane Matoran chores, I and others like me were holding your universe together. Do you really believe your puny powers can threaten a member of the Order of Mata Nui?"
— Brutaka, Power Play

"Try to run, at any time, and friends of mine will hunt you down – friends who make me look like a big, cuddly Ussal crab."
— Brutaka, Federation of Fear

"My name is Helryx. I run an organization you never heard of called the Order of Mata Nui. We are at war – and you've just been drafted."
— Helryx to the Toa Hagah, Dwellers In Darkness