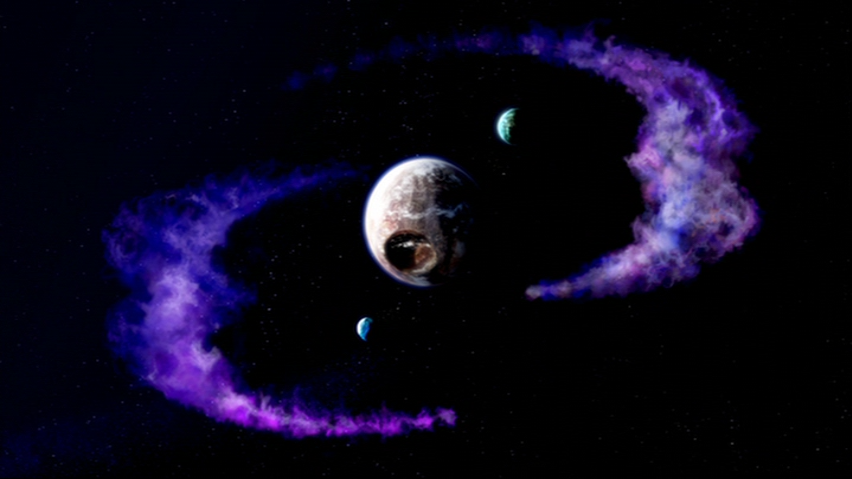 The BIONICLE storyline depicts many Events that involve or impact many Characters or otherwise significantly affect the Timeline.

This page is a listing of major events, with emphasis on notable battles and wars. For a comprehensive listing of events, see Timeline; for narrative summaries of the major story arcs, see Saga Guides.

Below is a list of events which occurred on the planet of Spherus Magna, and the area on the planet known as Bara Magna. The course of its history ultimately culminated in the Shattering, which set in motion the events of the 100,001 years to come.

Energized Protodermis, the catalyst for the Core War

The Skrall assault Bara Magna Society. The purpose is for global domination and land, providing resources and shelter for the Skrall's other enemies located north of the Black Spike Mountains. The war ends after the newly united inhabitance of Bara Magna successfully retaliated against the Skrall by striking Roxtus and defeating their leader.

Events from just prior to the Shattering until the destruction of the Great Spirit Robot in the Battle of Bara Magna.

The days before the launching of the Great Spirit Robot.

History of the Matoran Universe

The Fight for Metru Nui

As his power grew, the Shadowed One came to crave Metru Nui, attempting repeatedly different strategies to secure a foothold there. After many failed attempts, he sent an army of Dark Hunters to the city, trapping Toa Mangai and Turaga Dume in the Coliseum. Toa Naho slipped through the Dark Hunter ranks and swim to another island to plea for assistance. As a result, hundreds of Toa descend on Metru Nui. An all-out fight across the city broke out, the Toa gaining the upper hand, and eventually driving away the Dark Hunters.

In little over a thousand years, the Avohkii changed hands twice, coming to and from the Brotherhood of Makuta. 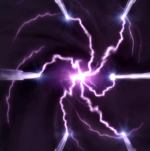 The Great Cataclysm occurs after Teridax cast Mata Nui into slumber. As a result, Metru Nui was wrecked by an earthquake, Voya Nui rocketed upward from the Southern Continent, tearing a hole in the dome and causing water to flood into the Southern Continent and into Karda Nui, as well as many other things throughout the universe.

The Great Rescue occurs when the Toa Metru returned to Metru Nui in order to rescue the slumbering Matoran. During the event, the Toa Metru were mutated into the Toa Hordika, the Visorak invaded the island city, and the legendary Rahi Keetongu was found.

As Makuta sends his forces against Metru Nui's former Matoran, the Turaga and Matoran, as well as eventually the Toa Mata, face them and defeat them.

The Great War was a conflict between Teridax and the Matoran of Mata Nui. Teridax, having taken control of most of the Rahi living on the Island, began to drive fear in the Matoran, kept them separated from other villages, and stopping them from ever returning to Metru Nui. The Matoran gained an edge in the war though, when the Toa Mata eventually arrived.

The Bohrok Invasion was an event that began after Teridax's initial defeat with the Toa Mata. Having been weakened, he activated a signal to awaken the Bohrok sleeping under Mata Nui. Programmed to clean Mata Nui of all extremities that may have built up before his awakening, they began to level the island, causing much damage to the Matoran Villages. Their queens, the ones who controlled them, were eventually trapped by the Toa, ending the event, and the heroes under certain condition, transformed into Toa Nuva.

After the Bohrok swarms and the Bahrag twins were defeated, the Bohrok-Kal were activated. The six creatures were a failsafe for the Bohrok in case anything should stop their mission. After robbing the Toa Nuva of their Nuva Symbols, cutting off their Elemental Power, they began to search for the missing Bahrag and free them using the symbols. They were eventually stopped by the weakened Toa, however, and the symbols were returned.

The Search for the Seventh Toa

Following the rediscovery of the Kanohi Avohkii, the Turaga tasked Takua and Jaller with the search for the seventh Toa of Light, a mission supported by the Toa Nuva and opposed by Teridax's Rahkshi.

The Piraka, the Toa, and the Matoran fight on Voya Nui in a race to find the Mask of Life.

The Barraki, the Toa, and the Matoran fight at Mahri Nui in a race to find the Mask of Life.

The Makuta, the Toa, and the Matoran fight in Karda Nui in a race to find the Mask of Life.

Teridax arranges the stars into the shape of the Kanohi Kraahkan