Navigation
BS01 Pages
donate
Wiki tools
From BIONICLEsector01
Revision as of 19:46, 4 March 2017 by Surel-nuva (talk | contribs) (Eh, okay, I made the page and will finish it on the next week if everything goes right)
(diff) ← Older revision | Latest revision (diff) | Newer revision → (diff)

The Cryoshell was formed in 2006 when Christine Lorentzen (an employee of Advance), Eddie Simonsen, Mikkel Maltha, and Søren Bendz were asked for a one-off recording project at Hansen Studios. The project's song was titled Creeping In My Soul and was used by BIONICLE as the soundtrack for the Barraki commercial Creeps From the Deep. The song was a success as it became the most downloaded MP3 from the LEGO site.

Due to the popularity of the song, Simonsen and Maltha wrote and recorded a new song called Face Me with Niels Brinck and Kasper Søderlund, which was used in the BIONICLE: Toa Mahri mini-movie. They also wrote and recorded another song in 2008, Gravity Hurts, for the Phantoka Mini-Movie. 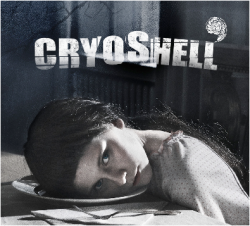