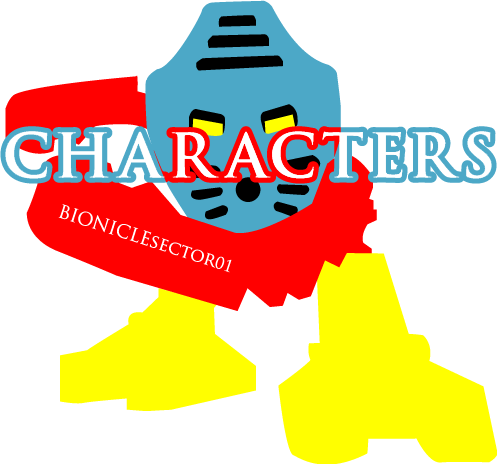 The BIONICLE storyline is composed with many different Characters, each with different roles and purposes. Characters can have different personalities and traits, and reside in various, diverse locations throughout the BIONICLE universe.

Below is a list of characters that have occupied the planet of Spherus Magna. 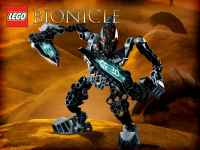 Atakus, a servant to the Skrall

The Agori are a species native to Spherus Magna and are its primary inhabitants. 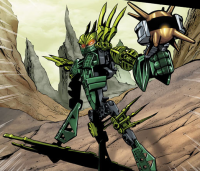 Gresh, a Glatorian on Bara Magna

The Glatorian were warriors in the Core War and later champion fighters hired by the Agori tribes on Bara Magna. They fought for resources claimed by two or more tribes. Currently, they act as a defense force for the Agori. 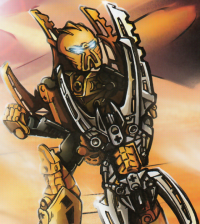 "Toa" Mata Nui in the Wastelands

Former members of the warrior class endowed with Elemental Powers by the Great Beings in order to help them govern the people of Spherus Magna; eventually led the planet's inhabitants into the Core War. 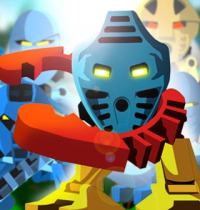 Takua, one of the many Matoran in the Matoran Universe

Below is a list of primary characters that lived in the Matoran Universe prior to migrating to Spherus Magna.

Below are notable groups of Matoran who have played an active part in the storyline. Sub-species along with individuals can be found on the Matoran article.

Toa are the primary protectors of the Matoran Universe, and guard various islands and populations from evil forces. Below are a list of the main Toa teams, along with several notable individuals.

The Toa Mata, one of the earliest teams of Toa

Turaga are the final stage of the Matoran species' life. After achieving their destiny, and sacrificing all of their power, a Toa will become a Turaga. Making use of their knowledge as Toa and Matoran, they serve as leaders of the Matoran, and are capable of using Kanohi masks and elemental powers, but not to the extent of a Toa.

The Turaga of Mata Nui

Axonn, a member of the Order of Mata Nui 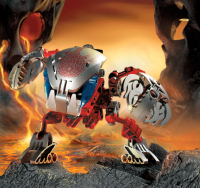 The residents of the Matoran Universe are also assisted by various types of robots. These machines have various jobs, from protecting the resident Matoran to managing tasks regarding the Great Spirit Mata Nui himself. The following are a list of such machinery, and individual variations can be found on their respective pages. 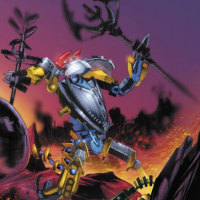 Fusions are characters formed when two or more beings are joined together in body and spirit to form one, usually more powerful, being. Most fusions are called "Kaita," and below are a list of the main groups of fusions and notable fusions. Individual fusions within a group can be found on their respective pages.

Below is a list of notable characters of the Matoran Universe who do not fit into any of the categories above. 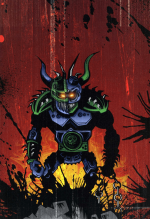