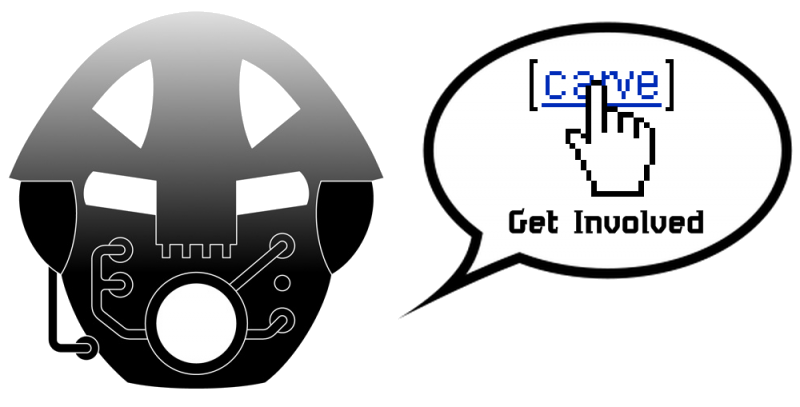 Notice
We will be going over Comic 2 (of 2006) in our next episode, so read along and share your thoughts, and we'll share some of them on the podcast.

In Comic 2, on pages... 2 and 3, I believe, there's a battle between the Piraka going on. I never noticed this until recently, but Hakann is not present. Look around. Now, why is he not there? --Komau5

You should rename the section 'Comical Discussion'. That would serve well. This comic is really interesting as before BL4 it provided some hints to Vezon and why the Piraka arrived in the first place. It also pointed at an Order of Mata Nui, which I'm not sure was revealed fully at this point in time, though it had been hinted at in Time Trap. Lord Nektann

Comic 2: The chasm created by Axonn is a testimony to his sheer brute strength. Just how powerful do you think he is? Also, in the scene with Thok and Raidak hanging off the edge of the cliff, is it just me, or does Raidak have Vezok's arm/leg colors? --ToaJuaraevo01 (talk) 11:10, 4 October 2013 (PDT)

I enjoy how all the Piraka seem to be hotheads and are always quarreling and insulting each other. I particularly enjoy Thok and Reidak's Insults such as "Reidak, there is this new pastime called "thinking"- you really should try it." or "Now we track to right to where he's hiding. Follow, Reidak, and try not to break anything." "How about I just break you." TheSkakdiChronicler

Notice
If you want your question featured on the show, just submit it below. Ask us about the Wiki, the storyline, our opinions - the possibilities are endless.

Wat is the difference between the Skrall and the Glatorian. Wat do you think of the new story? Wat is Swert going to do with the EM? Wat kind of Matoran would you be if you could be one?--Ikaika 00:27, 26 November 2014 (CET)

If Greg were to continue writing the serials, do you think that one of the Toa Nuva would get killed off? If so, which one and why? Also, what do you think Takanuva's destiny is? --~Twilight Avenger~ 13:14, 8 June 2012 (PDT)
If the Matoran Universe is, as it's name suggests, the universe, how was it on one of the planets? Also, if it was under the island, how did the Matoran seen at the beginning of The Legend Reborn get inside? Did his face open like a Rakshi, (I probably misspelled that) or did they get in through his nose, or had they been trapped in there for the entire time? toaoftechnology 14:51, 28 June 2012 (PDT)

Who is your favorite comic artist? ζω·τωμανα•

If you guys could voice any character you wanted in a new, hypothetical BIONICLE movie, who would it be? EDIT: And who was you favorite voice actor from the four movies? --~Toanicky 21:47, 1 September 2012 (PDT)

Why did Terridax join the makuta brotherhood to protect the matoran if all he wanted to do was take over the matoran universe. - Vahki Keerahk

The answer to the above question is that Teridax didn't always want to take over, that came later. Nor did he join the Brotherhood, he was brought into existence as part of it. ζω·τωμανα•

If in the Spherus Magna Alternate Universe, Mata Nui completed his mission, wouldn't the Marendar(not sure how it's spelled) have killed of all of the toa on the planet? --~Daftpunk2013 18:29, 24 January 2013 (PST)

According to this piece of the faber files, Voya Nui would have actually been outside the Mata Nui robot as an island (it's on the outer surface, not in a dome). How do you think Matoran could have come to reside there if this original plan had been pulled through? --Toatapio Nuva 11:44, 7 April 2013 (PDT)

In response to the discussion about Likahn's Hau in Episode 29, is it possible that Turaga Dume may have touched the mask, if Dume turned Likahn into a Toa? --ToaJuaraevo01 (talk) 10:35, 1 September 2013 (PDT)

In talking about Bionicle music, my absolute favorite song is 'Bye Bye Babylon'. But there are several other songs that most people have never heard of that are also very Bionicle-esque. One example is the song "Broken Empire" by the group "Fades Away". Another one is "Turn it up", by "Silverline". What other songs have you heard that could be considered 'Bionicle-esque"? --ToaJuaraevo01 (talk) 11:46, 9 September 2013 (PDT)

I'm not sure if you guys have covered this before, but what do you think the worst/best possible moves Lego could have made with Bionicle? --ToaJuaraevo01 (talk) 15:22, 21 September 2013 (PDT)(Still waiting for a good sig.)

The Tryna is a mask used to reanimate dead corpses. The Red Star teleports dead corpses away. . . What use is the Tryna program, if you will, if that is true? ζω·τωμανα•

If you could become any one existing character in the Bionicle universe for one day, who would you be and why? --ToaJuaraevo01 (talk) 08:56, 2 October 2013 (PDT)

How do you suppose the Dark Hunter Charger was transformed? Would you blame the Visorak? Roodaka? Mutran? Do you think that he may have been one of the Kane-Ra the Toa Mata faced on Mata Nui? --ToaJuaraevo01 (talk) 12:25, 7 October 2013 (PDT)

Have you ever noticed how most of the villains in Bionicle are morons? Krekka, Nocturn, Mutran, Tuma, the Skrall... oh lets not forget..... The biggest group of morons: The Piraka. they were good backstabbers but when it came to strategic stuff, they ususally were just plain dumb--ToaJuaraevo01 (talk) 22:14, 7 February 2014 (CET)

Through the use of Toa Stones, can Agori become Toa, or would something horrible go wrong? TheSkakdiChronicer (talk)

What do you think would happen if Hydraxon and Dekar/Hydraxon met, or Teridax and his alternate self? Would Karzhani gain a new meaning? TheSkakdiChronicler

How extensive do you think LEGO will be with the new BIONICLE mythos? Everything seems much more simplistic and childlike, even more so than back in 2001 (at least from what we've seen), so I have to wonder how serious (for lack of a better word) they're going to be with this. Also, how much more do you think "Generation 2" will draw off of previous ("G1") BIONICLE concepts? Obitor (Talk) 21:24, 28 October 2014 (CET)

You guys accept guest stars? Whenever you review BIONICLE games, I want a shot at getting in. I've 100%ed every BIONICLE game (GBA, DS, and Console for The Game and Heroes) :p

Also, if you guys need screenshots, I can capture them from the console version of Heroes. -- (The preceding signed comment was made by The Beninator) 21:41, 5 January 2013 (PST)

I love your podcast. Don't you stop, the podcast is the whole reason I joined BS01. Also, If I may pose a theory: I think that the reason GF is so reluctant to discuss Matoran Production/Reproduction is that the DON'T reproduce; at least, not in the typical sense. Think about it. Most computer programs have to be produced/reproduced manually. Toa reproduce by placing their Toa power into Toa Stones and giving them to Matoran, as evidenced when Toa Likahn created the Toa Metru. Turaga are created when a Toa gives up his/her Toa Powers, via the afformentioned process. Have you ever seen a baby Matoran? ToaJuaraevo01 (talk) 06:18, 3 September 2013 (PDT)

We already know they don't reproduce normally. They reproduce by an as yet unknown process possibly involving machinery in Metru Nui, or (since we know Makuta can create them) a process similar to the creation of Rahi using Liquid Protodermis and energy. I think there was a rumor that a Turaga's input was required in the process, but that may just have been hearsay.

Speaking of the Q&A song, what was that? ζω·τωμανα•

Could Sphereus Magna be Earth maybe a million or so years in the future. Much of the biosphere is similar to Earth's biosphere and the ocean is made up of water, much like our ocean.--GorillaPotato (talk) 05:43, 28 October 2014 (CET)

Spherus Magna isn't Earth. A lot of people thought that might be, and that the GB's might be advanced Humans, but both ideas have been repeatedly denied by Greg. ζox• Histories

Just letting you know that I've funded the site for another year. `Kraahlix

On writing with double spaces

When writing a novel, you do not make double spaces. That is only for the agent or editor :) Unless you're self-publishing and have none of that :)

Anyways, nice podcast, thanks for sharing it to us.

Concerning "#28: Revelation"'s dialogue - Agreed in general about the names in Bionicle nowadays. I must add: much of the early depiction of Bionicle's language could be tied to maori words - a very resonant result. More recently, some Bara Magna names had similarity to latin/greek words. -BiomechanicalIz 14:06, 3 October 2012 (PDT)

I agree with ToaJuaraevo01, KZN02 should try to say it correctly TheSkakdiChronicler

In response to episode 29 conversation about the Bionicle Heroes cover, it would appear that the official cover was trying to mimic the first "Alien vs. Predator" movie poster. --~Toanicky 11:44, 22 December 2012 (PST)

I think you should do a random Matoran with a weird name like Tiribomba. -K3

I felt like listening to the movie commentaries again, but the site is down. Is there any way to get them, or is it totally dead?--Chuckeroo777 (talk) 04:53, 14 December 2018 (UTC) Been a while. Seeing as you started a new podcast on YouTube, I was wondering if the old podcast is available anywhere. A few of the first episodes are directly on this page, and a few of the interview episodes are on YouTube, but are the rest lost to time? Chuckeroo777 (talk) 20:00, 10 September 2020 (UTC)

I was looking through the list of old episodes for interviews with Greg Farshtey to potentially add to greg.thegreatarchives.com, and I was interested in knowing more about Episode 28: "The Revelation", which is no longer available. The description says:

The time has come. The shadows of secrecy have been cleared around a mystery from BIONICLE's beginning. One question has been answered, yet we now have hundreds more. Join us as we discuss our exclusive revelation from Greg Farshtey, as well as the recently revealed identity of the Great Being. Also, we discuss Comic 0, so that's cool.

Do you still have a copy of this file available? Does this episode contain an interview with Greg? What was the exclusive revelation from Greg? —Planetperson 23:06, 30 January 2021 (UTC)

Most of the old and new episodes as well as all movie commentaries are now available on the Internet Archive! If anyone has access to the listed missing episodes, we can try to get those up as well. ~Kookie (talk) 06:46, 1 August 2022 (UTC)